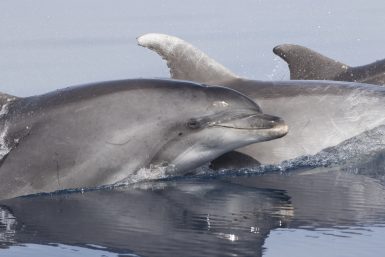 Croatia has plenty of natural assets that provide habitat for a diverse range of fauna and flora.  It has four major bioregions: Mediterranean, Alpine, Pannonian and Continental and landscapes include rugged mountains, fertile wetlands, extensive lakes and rivers, lush forests and multiple coastal havens.  Across these terrains you can find large mammals like bears, wolves, lynxes and chamois but also a vast array of bird species and, in marine habitats, a diversity of fish and dolphins.  Did you know that the last specimen of Mediterranean seal lives in an aquarium in Croatia?  Our volunteer project in Croatia focuses on the bottlenose dolphin populations off the coast of the country, aiming to gather research and analyse dynamics which can used to draw up reports offering effective conservation solutions.

Secluded spots are not rare given the relatively small population as well as the low commercialisation of natural areas.  Almost 10% of the country is made up of 11 Nature Parks, 8 National Parks and 2 Nature Reserves.  A few of the Nature Parks include: Biokovo, a botanical garden on the mountain with spectacular views, and Vrasko Jezero, Croatia’s largest lake.  Four of the parks – Risnjak, Sjeverni Velebit, Paklenica and Plitvice Lakes – are in the mountainous region and four are in the coastal region – Kornati, Mljet, Brijuni and Krka.  All of these parks offer some incredible natural wonders: in Risnjak, you can find the reintroduced lynx species (which went extinct in the country in the 1970s); in Plitvice there are multiple small and large lakes whose distinctive colours range from azure to green, blue and grey (it is also the oldest national park in southeast Europe and the largest in Croatia); Brijuni provides a home for over 600 indigenous plant species and Krka, for over 800 plant species.  The latter is also an important stop for many autumn migratory bird species and has the magnificent Skradinski Buk, a massive natural pool with multiple overlapping waterfalls. 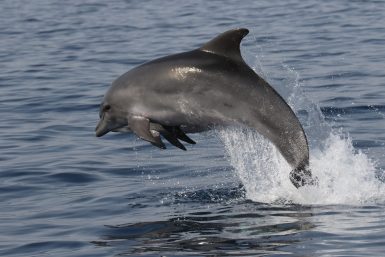 Climate change is proving a serious threat across all the bioregions.  It is leading to decreasing forest cover and it also exacerbates the problem of invasion of alien species.  It has a significant impact on changing habitat and specifically endangered areas include Mountain Croatia, especially the Dinaric area, where it is predicted that the vegetation of the pre-mountain region will be replaced by the vegetation of a temperate climate zone.  This change can impact (and ultimately endanger) many fauna and flora species.  Similarly threatened are Mediterranean areas like the Karst river basins and the south Adriatic Islands.  In addition to climate change, other human impacts affect ecosystems, such as land-use change, urbanization, and soil degradation.  Hunting of large mammals is also a concern in the region: Wolf and lynx species are technically protected (although much illegal hunting occurs) but the bear is still vulnerable to legal hunting tourism.