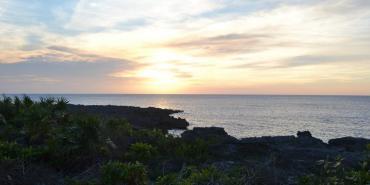 An island nation in the Caribbean Sea, Cuba has Haiti to its east, the Bahamas and Florida to its north, Mexico to its west and Jamaica to its south.   It is directly bordered on the north by the Straits of Florida, on the northeast by Nicholas Channel and the Old Bahama Channel, on the northwest by the Gulf of Mexico, in the south by the Windward Passage, southwest by the Caribbean Sea and on the west, it reaches to the Yucatán Channel.  It is the largest island (by land area) in the Caribbean with a number of small islets just off the north and south coasts, the largest of which is Isla de la Juventud (also called the ‘Isle of Youth’).  A number of these are cays – small, low islands composed largely of coral or sand.

The country is a mix of mountains, hills, highlands and plains.  Groups of rugged hills and mountains cover around one-fourth of the country and are concentrated largely around the coast.  In the northwest is Sierra de los Organos, a hilly landscape with a few lower mountains.  And in the southwest is the Sierra Maestra, a mountain range that rises sharply from the coast.  Here, you also find Pico Turquino at 1 999 m high; the highest point in the country.  The majority of Cuba’s mainland is flat with rolling plains that have been particularly cultivated to produce sugar and tobacco as well as to raise livestock.  Along the coast, mangroves and marshes are also found along with the more well known white sand beaches.  The most extensive swamps cover the Zapata Peninsula and surround the Bay of Pigs (Bahía de Cochinos).  There are also a number of small rivers, which usually run dry in summer, as well as a few larger bodies of water like Laguna de Leche and the man-made Zaza Reservoir.  Isla de la Juventud, where the project takes place, is largely covered in pine forests, the source of the island’s large lumber industry.  The northern region of the island has low ridges from which marble is quarried, while the southern region is an elevated plain.  The northern beaches are small with black and gray sand which contrast with the long beaches of fine white sand in the south. 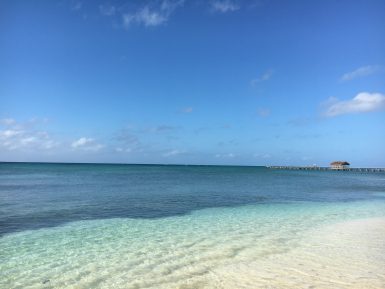 The festive and hot summer stretches from June to August and brings exceptionally hot days often coupled with high humidity.  The temperatures can reach as high as 38℃, though trade winds can temper the heat.  December, January and February are the coolest months, although they still bring perfectly mild-to-warm weather.  Here the average daily temperature peaks at 25℃ and lowers to an average of 18℃.  Occasional cold fronts can drop nighttime temperatures to around 10℃, but these only last a few days (and they may or may not bring rain with them).  July to October (with highest concentration in September and October) is hurricane season when tropical storm activity is possible across the region.  Though Cuba has an excellent record or storm safety procedure and it is unusual that any loss of life occurs during storm season.  These months also record the most rain and only from November to around April is there a drier stretch of weather.  On Isla de la Juventud, the climate is constantly mild with a similar rainy and dry season.  Average summer temperatures in July are 27.9℃ with winter temperatures in February sitting at an average of 17.3℃.