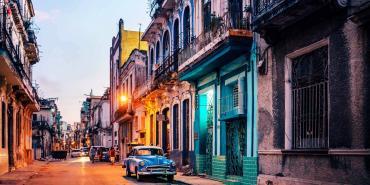 Early inhabitants of Cuba date back to 4000 BC.  Neolithic cultures, like Cayo Redondo and Guayabo Blanco, utilised ground stone and shell tools and ornaments, including the dagger-like gladiolitos, which are believed to have had a ceremonial role.  Migration to the island by various Mesoamerican groups was common, including some belonging to the Arawaks.  Soon after the arrival of Christopher Columbus in 1492, however, all indigenous cultures were eliminated via large-scale massacres as the Spanish pushed to settle.  Sugar and tobacco were established as the primary products and to facilitate their production, slaves were transported to the country from various parts of Africa.  Through the early centuries, the country was a frequent target of buccaneers, pirates and French corsairs seeking Spain’s New World riches.  Despite competition from the British, French and Dutch a number of events saw Cuba become the world’s most important producer of sugar in the 19th century.  This century also saw struggles between Cubans and the Spanish for independence (ultimately defeated) and also between Spain and the United States, which resulted in eventual removal of Spanish control over Cuba in the wake of the US victory (and the beginning of considerable American influence in the region).  Dictatorship and revolution was a feature of the 20th century with the emergence of famous figures like Fidel Castro and ‘Che’ Guevara toward the middle of the century.  In fact, the Che Guevara Monument, on the Ministry of the Interior at the Revolution Plaza, is one of Havana’s most iconic attractions.  A key part in the Cold War between the United States and USSR, the country also marked one of the tensest standoffs where the world may have descended into destruction; the Cuban Missile Crisis, in 1962.  Today, the country remains socialist, with many government programs actively working to combat the negative perceptions of the system

Spanish and Haitian Creole are popular languages and English is spoken in most big cities.  The population is also well educated: Grade school is mandatory for every child in Cuba between the ages of 6 and 15.  Uniforms are universally required with different colors for each grade level.  The country also has a 99.8% literacy rate, which is one of the highest in the world. 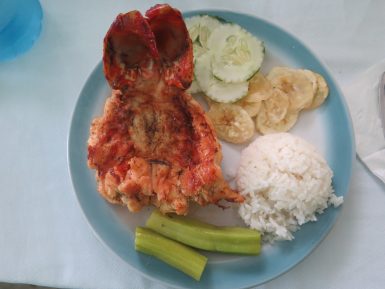 Perhaps one of the most well-known traditions of Cuba revolves around music and dance.  As the birthplace of classic dance styles like the Bolero, Mambo and Cha Cha and with widely influential Cuban rhythms, the country boasts impressive ‘sway’.  This all contributes to a lively tradition of festivals and festivities across the country.  But exuberant, loud forms of dancing are not all the country is known for, in fact, it has a strong and healthy tradition of ballet which is still very popular and can be admired almost daily in the countries capital, Havana.  On Isla de la Juventud: Cayman Island, American and Japanese ancestry, has created a unique musical style, a sub-genre of Cuban son, known as sucu sucu.

Though you can’t expect to find coca cola, the sale of which is banned, there are a number of cuban treats that will leave you refreshed.  For example, drinking iced beer, Bucanero or Cristal, with crisp pork rinds is a popular way to start off a meal.  Cubans don’t typically write their recipes down.  Instead, they are passed down from generation to generation through stories and shared experiences.  Typical Cuban dishes are: Black beans and rice, fried sliced banana, garlic marinades, rice dishes and boiled Yucca plant.  Olive oil and garlic marinades are used as sauces on most dishes.  Meat is usually prepared roasted or in a marinade “creola” style.  Typical desserts are guava marmalade with yellow cheese slices and yucca crullers in anise-flavoured syrup, but don’t worry about eating too much because meals are usually followed by lively dancing all night long.  Cigars are also a popular temptation, in fact John F Kennedy ordered over a thousand before imposing the trade embargo back in the middle of the 20th century. 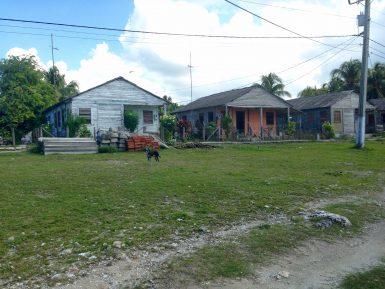 Religious faith and practice have not been as influential in the culture of Cuba as in other Latin American nations, for two reasons: first, in the colonial period, the Catholic clergy were almost entirely born in Spain. They represented the external power of the coloniser, and hence Catholicism itself was viewed with suspicion, especially with the population which supported independence. Secondly, there simply were not very many priests in the rural areas.  Despite this, there is still said to be around half of its population that consider themselves to be practicing Catholics.