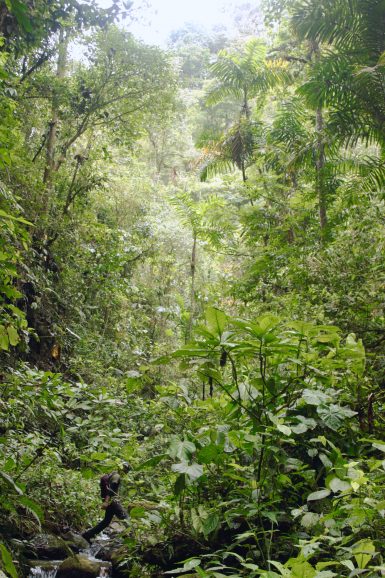 Ecuador is a relatively small country located in the northern parts of the South American continent.  It is bordered by Columbia to the north and Peru to the east and south as well as the Pacific Ocean to the West.  The country can largely be divided into four geographical regions: the coastal lowlands, the mountainous regions (which include the central Andes and its two major chains Cordillera Occidental in the west and the Cordillera Oriental in the east), the lower eastern hills (which descend into lowlands) and the territory commonly known as the Galápagos Islands (officially Archipiélago de Colón).  The Andes include the highest points in the country as well as a number of peaks that are volcanic in origin, many of which have snow all year round.  Quito, the capital city, is located in a high mountain valley on the foothills of the Pichincha.  This region also holds the starting point of many of the country’s rivers which then wind their way east to the Amazon River or west to the Pacific.  The coastal plain previously held many of the country’s forests, which have largely, around 98% in fact, been eliminated for crop or farm production; the little that remains is found around the bases of the small coastal mountain ranges.  The eastern region holds mostly moist broadleaf forest and low lying rainforest.  Many indigenous groups are found here too.

Being directly on the equator means that the country experiences 12 hours of sunshine all year-round, however the climate does change as you move across the regions described above.  Ecuador experiences a wet and dry season each year, though the timeframe of each varies by region.  Throughout the highlands, October to May tends to be wetter than the months of June to September.  January to April is often rainier and warmer on the coast while the months of April to November are when you’ll find the most rain near the Amazon.  Aside from this demarcation of seasons and given the lack of real change in temperatures year-round, the spring, summer, autumn and winter seasons pass with little notice.  The central highlands and mountains are the coolest region, although when the sun is out you can experience very pleasant days, but when cloud cover comes, you feel the cold.  The further down you go (both to west and the east) the warmer and more humid the weather becomes, though directly on the water you can experience the fresh coastal breeze which tempers the heat. 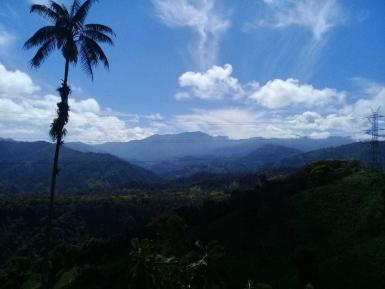 Our volunteer in Ecuador programme is located within the cloud forest, near Quito, which brings with it, its own unique climate experience known as the subtropical pre-montane rain forest.  Dry season starts around mid-June to early October, with stretches of no rain.  The wet season occurs for the rest of the year with rainfall present especially during the afternoons and mostly in the months from January/February to April/May.  Humidity averages around 95% across the year.  Day temperatures during the dry season average around 25℃, with the night time temperatures dropping to an average of 13℃.  During the wet season temperatures drop slightly, with daytime averages at 20℃ and nighttime at 10℃.  Because of the moisture and coolness (that is slow to evaporate), Cloud Forests are very green and lush.