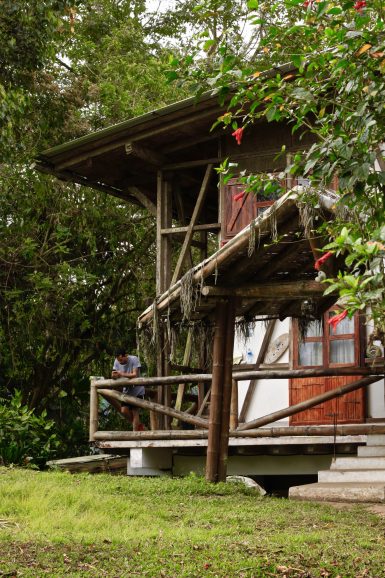 With some of the earliest ceramics found across the New Word, Ecuador’s pre-European society dates back at far as 3000 – 2500 BC.  Works of art from this era were of high quality and can be found across museums.  By the 1400s, the region largely consisted of warring chiefdoms with large populations supported by sophisticated farming and trading systems.  However cities and states didn’t exist until the Inca conquest, which lasted from 1471 to 1525 and had both its fervent supporters and critics within local populations.  Thus, in 1534, when the Spanish invaded Ecuador from Peru they were meant as welcome liberators in some parts and with forceful resistance in other parts.

Experience under colonialism differed markedly depending on which geographical location you were in.  The central highlands were where large estates were set up manned by Indian Peons, while the coastal regions – due to disease – were left largely untouched.  Although there was some shipbuilding and exporting of cacao (as cocoa beans) which left a small coastal population of slaves, free blacks, and mixed ethnicities.  In the oriente (eastern region), most indigenous groups were able to successfully resist colonial invasion – though various missionaries did work their way through the region.  In 1822, the country gained independence as local rebels were aided by Simon Bolivar’s forces moving through Colombia.  Initially a part of Gran Colombia, which is where the current national flag emerged from, with Panama, Venezuela and Columbia, the country only became fully independent in 1830.  The next century was defined by struggles and hostility between various regions and contemporary Ecuadorian history has also been marked by radical instability stemming from fluctuations in world oil and financial markets, debt and modernization.  Today, the country is a unicameral representative democracy with a multi-party system. 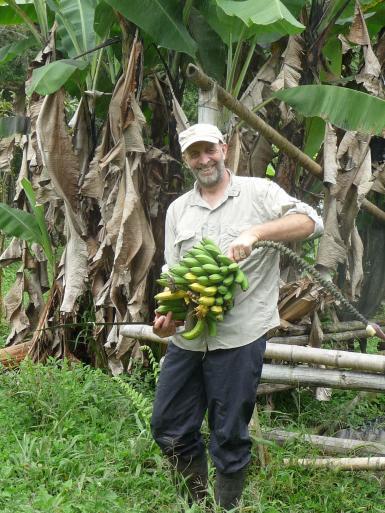 Ecuador is well known for its abundance of varied exotic fruits, excellent fish and seafood and the countless varieties of Andean potatoes.  You can also expect to find flavours that include lemon marinated shrimps, toasted corn on the cob and a huge variety of pastries filled with all types of different stuffing.  People have a regular diet of rice, potatoes, and meat (beef and chicken can be found anywhere but pork is only found in the sierra (mountain regions)).  Most dishes in the country are complimented by a traditional hot sauce called Aji.  If you’re feeling adventurous you can taste some roasted cuy (guinea pig), Chontacuro (toasted large beetle larvae – an Amazon delicacy) or yaguarlocro (potato soup made with sprinklings of blood). But for those of you who prefer eating more usual, familiar foods, Ecuador has plenty of tasty familiars like their unique take on Ceviche or pescado encocado; a dish of fish cooked in coconut milk.  When volunteering in Ecuador on our cloudforest conservation programme, you will be involved in making your own food, such as chocolate, butter, yoghourt, cheese and utilising all sorts of products from the organic garden.

Quito, the capital, overflows with Ecuadorian Folklore and you can hear a different legend or story on almost each street corner.  According to legend, the indigenous foundation of Quito, close to where one of the projects is based, revolves around the story of the King and a falling star that he and his people followed on the insistence of the gods.  These stories serve to enrich each city and town with culture and history.  When travelling through the country, be sure to ask the locals about their folklore and legends, as they are guaranteed to be fascinating and give you a little insight into their history and culture. 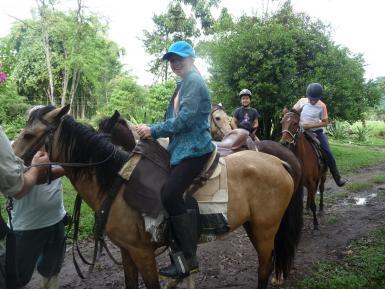 Much of the art in Ecuador is traditional and usually the skills involved are passed down from generation to generation.  Most of the art is therefore not only beautiful but also has a practical use, like the Panama hat which originally comes from Ecuador despite its name (named after where the hat could be bought – the Panama Canal).  Weaving and wood carving are also popular.  The craft of weaving was first brought to the country by the Spanish but embraced and transformed the proud local people who created a celebration of colour and pattern that is today sought after all over the world.  Along similar lines, plant fibers are used to make bags, backpacks and other articles.  Woodcarving was originally only used by churches during colonial years but soon the elites of the country used the art form to adorn their houses and this saw intricately carved chairs, benches, chests and mirrors beginning to be produced.  Bread figures are also quite popular: here people have perfected the art of making small, coloured dolls in the shape of men, women and donkeys from bread dough. While the little figurines were originally used in the celebration of All Souls Day, they soon became popular as gifts.  Something you may look into bringing home as a memento of your trip.