The country, and specifically the Galápagos islands, are well known for their contributions to environmental sciences.  The first scientific expedition to measure the circumference of the Earth, led by Charles-Marie de La Condamine of France, was based in Ecuador.  And research in the region by the naturalists Alexander von Humboldt of Prussia and Charles Darwin of England helped establish basic theories of modern geography, ecology, and evolutionary biology.

Across its different regions, Ecuador plays host to a variety of animals and plants that make it one of the most environmentally diverse countries in the world.  Found along the coastal mountain ranges, collectively known as the Pacific Equatorial Forest, are forest remnants that are considered the most endangered tropical forest in the world; they make up part of the Tumbes-Choco-Magdalena biodiversity hotspot.  Among these dense trees, towering highlands, turquoise waters, and coastal habitats live thousands of native and endemic species.  Across these incredible landscapes you can find mammals like the Andean fox, puma, spectacled bear and mountain tapirs, you can find birds that include various hummingbirds and the great Andean Condor as well as tanagers, Long-wattled Umbrella birds, plate-billed toucans and, specifically along the Pacific coast, pelicans and frigate birds.  In fact, the country is home to 16% of the planet’s bird species.  Reptiles are also abound and include large iguanas, colourful geckos, tortoises, lizards, the caiman and massive anacondas and inside the Amazon River are catfish, stingrays, piranhas and eels. 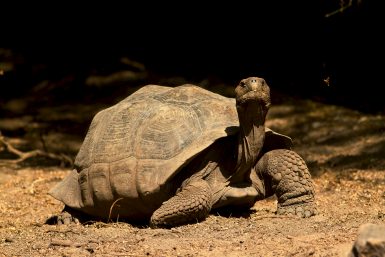 The Galápagos Islands boast yet more weird and wonderful species, such as the Pacific green turtles, giant tortoises and iguanas. The seas are alive with fur seals, dolphins, whales, sharks, crustaceans and rays and the islands are undoubtedly rich in bird life with frigates, boobies, albatrosses, cormorants and Galápagos penguins.  The programmes offered on the islands are focused on either ecotourism, turtle conservation or giant tortoise volunteer work.  You are offered the ability to get up close and personal with magnificent creatures, monitor nesting, collect data to help with conservation efforts and feed and care for the animals.

The country’s wildlife does face a concerning future: species listed as ‘critically’ endangered are the spiny rat species and the endemic Galápagos rice rat and others on the endangered list include the mountain tapir, Pacarana, Colombian weasel, blue whale, fin whale, giant armadillo and giant otter.  Vulnerable animals requiring protection include the Amazonian manatee, bush dog, Boto or Amazon River dolphin, humpback whale, various bats, Long-haired spider monkey, the endemic Galápagos fur seal, giant anteater and others.  This means the lists are considerably long, and the need for focus on conservation, environmental education, responsible tourism and information collection on various species is crucial. 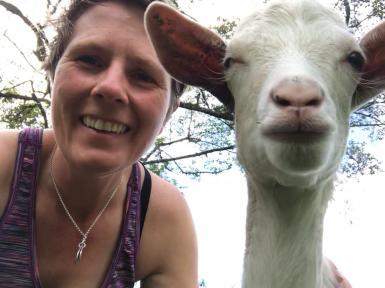 Threats to the Amazon include oil exploration and timber harvesting, and these industries have left an indelible mark on the westernmost reaches the Amazon basin. However, the situation in western Ecuador is much more of a crisis, where less than 5% of forests are left intact.  The majority of the destruction here comes from cattle, followed by other forms of agriculture especially as coffee, bananas, and palm oil are such huge export businesses.  Our Cloud Forest conservation volunteer programme in Ecuador helps to conserve a part of the Ecuadorian Cloud Forest by participating in tree planting, trail work, research activities, sustainable living and food production as well as community projects.  These are incredibly important to preserve what little remains and to set and example for future efforts.  The threat of introduced species, mining and climate change are also concerns in the country.