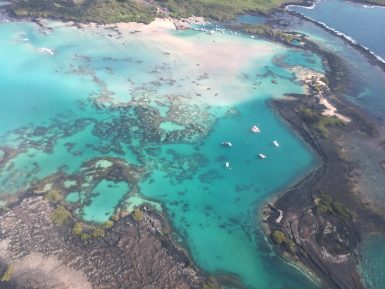 A part of Ecuador, and located 1000km of its coast on the South American continent, the Galapagos Islands is a dynamic region which is constantly changing due to volcanic eruptions, new lava fields forming and islands eroding and expanding.  This collection of 61 islands and islets with 13 main islands are scattered around the equator and within the Pacific Ocean and are officially named the Archipelago of Colon.  The main islands are Baltra, Española, Fernandina, Floreana, Genovesa, Isabela, Marchena, Pinta, Pinzon, San Cristobal, Santa Cruz, Santa Fe, and Santiago.  The largest of these is Isabela, where the project is located, which is still only half the size of Hawaii.  Here, you find the highest point across the archipelago, the Wolf Volcano at 1707 m.  On Isla Isabela, volcanic regions contain extensive lava fields and little vegetation.  However, the southern highlands and various other regions are covered by dense vegetation; including the unique red mangrove. 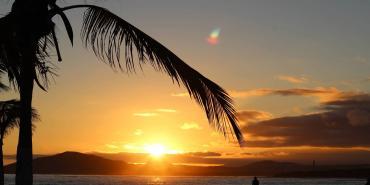 Being so close to the equator means the weather across the islands does not alter drastically throughout the year.  December to May can be best described as the warm season.  This period brings a unique mixture of warmth, rain, and sun, with average temperatures between 27℃ and 32℃.  June to November can be best described as the cool season bringing a unique mixture of cloudy, cool, and dry with average daily temperatures between 21℃ to 27℃.  In terms of the ocean, the Equatorial, Panama, Cromwell and Humboldt ocean currents converge at the Islands resulting in often unpredictable tidal patterns and water temperatures.