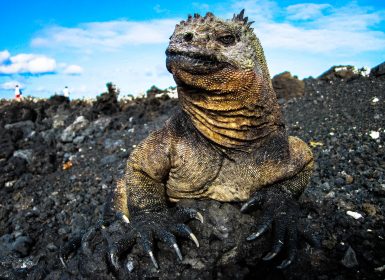 The Galápagos Islands and Ecuador are well known for their contributions to environmental sciences.  The first scientific expedition to measure the circumference of the Earth, led by Charles-Marie de La Condamine of France, was based in Ecuador.  And research in the region by the naturalists Alexander von Humboldt of Prussia and Charles Darwin of England helped establish basic theories of modern geography, ecology, and evolutionary biology.  In an effort to preserve the islands as they were centuries ago, the Galapagos have been declared a World Heritage Site by UNESCO. 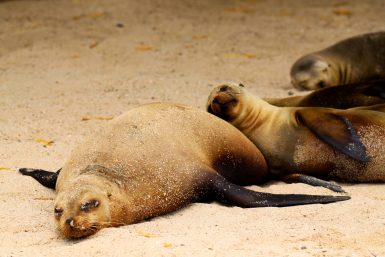 The islands boast weird and wonderful species, such as the Pacific green turtles, giant tortoises and iguanas.  A popularly held belief is that the original species that evolved into the unique Galapagos varieties found their way there on flotation rafts of vegetation and other waste and were carried to the island via wind and sea currents.  The seas themselves are alive with fur seals, dolphins, whales, sharks, crustaceans and rays and the islands are undoubtedly rich in bird life with frigates, albatrosses, cormorants and Galápagos penguins.  97% of the islands are a national park and half of the land species (and one-fifth of the marine species) are endemic.  The Islands are known for their many anomalies like the Galapagos Penguin (the only one of its kind to be found in the Northern Hemisphere); the Galapagos Marine Iguana (the only lizard in the world with the ability to swim); and the only non-flying cormorants in the world, who have evolved to such a large size they are no longer able to fly. There is also the world’s only colony of red-footed booby and the carnivorous 30cm long centipede.  The Galapagos volunteer programmes offered on the islands are focused on either ecotourism, turtle conservation or giant tortoise volunteer work.  You are offered the ability to get up close and personal with magnificent creatures, monitor nesting, collect data to help with conservation efforts and feed and care for the animals.