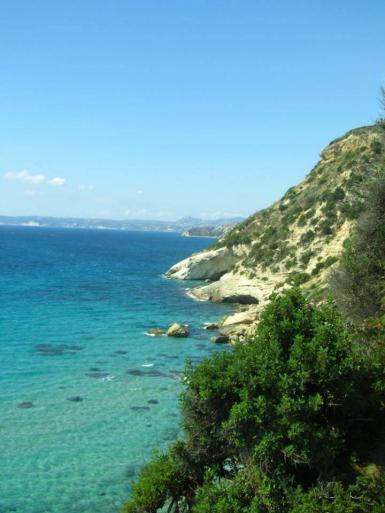 Greece is a country located in southeastern Europe.  Bordered in the north by Albania, the Republic of Macedonia and Bulgaria, and with Turkey to the East, the country is also touched by a variety of seas – namely the Aegean Sea to the east, the Libyan Sea to the south and the Ionian Sea to the West (which separates Greece from Italy).  The connection to so much ocean owes, in part, to the thousands of island that also make up the country’s territory, despite around 168 being uninhabited.  Traditionally, the islands are classified into seven groups, from north to south: the North Aegean Islands, Sporades, Euboea, Saronic Islands, Cyclades, Dodecanese (Southern Sporades) and Crete, which is also the largest of the islands of Greece and the second largest island in the eastern Mediterranean.  These islands make up one-fifth of the entire land mass of the country and also ensure that it has the largest coastline in Europe at 13 676 km.

The country is overwhelmingly mountainous, with around two-thirds made up of high rocky landscapes.  In fact, a Greek legend has it that God distributed soil across the world using a sieve, and with the stones that remained, he built Greece.  The Pindus mountains, extend across the central part of the mainland creating a powerful middle boundary on a northwestern-southeastern axis.  It is also home to a series of ancient volcanoes like those on the islands of Kos, Methana, Milos and Santorini.  Amidst this, the country is also littered with forests, lakes and rivers as well as underground caves and canyons formed by the limestone and volcanic composites.  Inlets also extend into the mainland considerably, leaving only a small portion of the interior more than 50 km from the ocean.  The country has a small portion of lowlands, made up of riverine plains and thin, discontinuous strips of coastal plains.  The highest mountain peak is at Mount Olympus, at an altitude of 2917m. 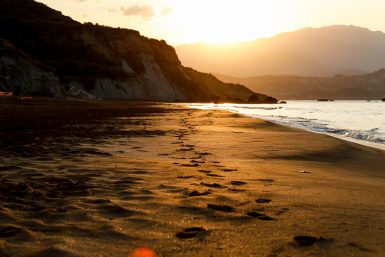 Although largely Mediterranean, the geography of the country also permits a range of micro-climates which can change the experience of weather in different parts.  To the west of the Pindus mountain range, the climate is generally wetter and has some maritime features. The east of this mountain range, it is generally drier and windier in summer.  In the north, the country also experiences somewhat of a transitional climate, between Mediterranean and continental, and in extremely mountainous areas, an alpine climate can be identified, where harsh and snowy winters are common.  Summers, between June and August, bring largely hot and dry condition with rarely any rain – although if there is it is usually in short, sharp bursts.  On the islands, summer is often cooler than the mainland.  Winter, which starts in November in the north and as late as December in the southern parts and stretches to late February, is particularly mild around the coasts and the islands, and gets colder as you move into high mountain regions.

The remainder of the 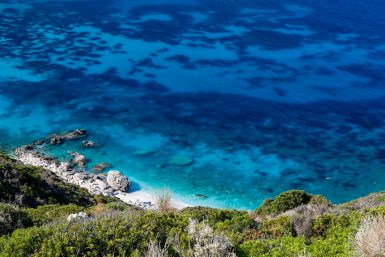 If you come to volunteer in Greece you can join our marine research and conservation projects, which take place on the western side of the country’s coastlines, relatively close together.  This means you can expect a considerably Mediterranean climate with hot, dry summers and mild winters.