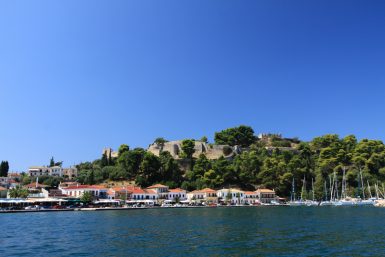 Greek history stretches right back to the Paleolithic era, circa 400,000 – 13,000 BP.  Other periods into which the country’s history is usually sorted are Mesolithic (circa 10,000 – 7000 BCE, Neolithic (circa 7000 – 3000 BCE), Bronze Age (circa 3300 – 1150 BCE), Dark Ages (circa 1100 – 700 BCE), Archaic (circa 700 – 480 BCE), Classical (480 – 323 BCE) and Hellenistic (323 – 30 BCE).  And these are all prior to the infamous Roman conquest of the region circa 146 BC-324 AD.  After this, the area was still influenced by the rule of the Byzantine and Ottoman Empires respectively, right up to the Greek Revolution of 1821.  This long, complex and varied history means the country is alive with incredible discoveries and (ironically) ancient ruins.  Greek history, across multiple periods, is famous for some of the world’s most influential social, cultural and mathematical inventions and discoveries.  Athens is often cited as one of the places where the foundations of western civilisation were created, including democracy. 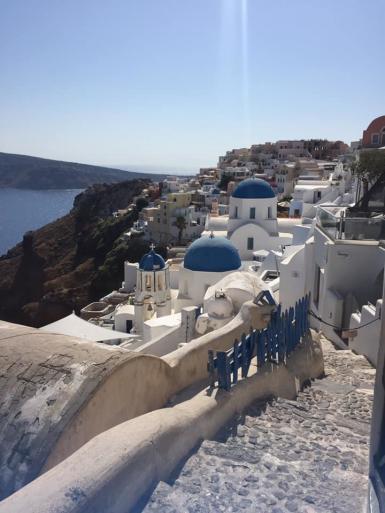 Migrations, invasions, imperial conquests, and 20th-century wars have all contributed to the cultural diversity, which continues to characterize modern Greece.  98% of the country is ethnically Greek, however, patterns of migration mean that a variety of peoples from Albanians, Armenians, Bulgarians, Macedonians, Turks, Jews, Vlachs and several other groups have long been part of the country’s cultural mosaic, although their numbers have decreased.  Greek, an Indo-European language, has been spoken across the area, although changing in part, since the second millenium BCE.  A number of regional dialects are also spoken and there can be some stark differences in the way people converse.  Most people are also familiar with other European languages though.  Many traditions stem from a religious base in the country as the overwhelming majority are Orthodox christians. The Greek people tend to have a strong sense of national unity, as well as a passion for family (which often includes a considerable amount of extended family).  This makes them a very warm and friendly people, who are bound to make any passers-by welcome.

Being home to some of the most impressive civilizations means that Greece’s list of buildings, architecture, monuments and ruins are endless and magnificent.  Just a few examples include the Acropolis, standing magnificently above Athens in gleaming marble and crowned by the Parthenon; the ancient monasteries atop the massive rock formations of Meteora (central Greece) which leave you with a sense of old-world wonder; the World Heritage site of Ancient Delphi, an alluring archeological site just north of Athens and regarded as the centre of the world by Greek history and lastly, the major Panhellenic religious sanctuary in Ancient Olympia on the Peloponnese peninsula.  This is not to mention the multiple treasured cities and towns found off the coast, like the medieval city of Rhodes Town or the deep-brown red, gold trimmed Palace of Knossos on Crete or even the dense olive groves of the third-largest island Lesvos. 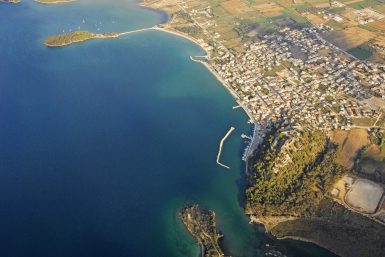 It is definitely worth knowing that another important part of life is food and that the Greek cuisine, which can vary from region to region, is rated by many as amongst the best in the world.  Interestingly, values such as the Mediterranean diet have also received a UNESCO cultural heritage status.  Central ingredients for cooking include grain, grapes, and olives which are supplemented by wide varieties of meat, fish, fruit, vegetable and dairy.  Some of the finest dips can be had across the country including tzatziki (yogurt, cucumber and garlic), melitzanosalata (aubergine), fava (creamy split pea purée) and the delectable taramasalata (fish roe dip).  The fresh fish is always a safe bet for a tasty meal and firm favourites like Courgette Balls (kolokithokeftedes) and Stuffed Grape Leaves (Dolmadakia) will leave you feeling similarly stuffed.  Though of course, it is imperative, and it will be insisted upon, that you also leave space to sample the delectable sweet treats, like Baklava, Amygdalota (gluten free almond cookies), the nutty and syrupy Kataifi and Galaktoboureko (custard, syrup, phyllo pastry and butter).