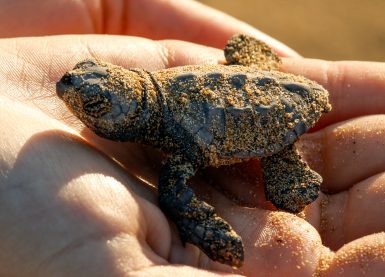 Greece is home to an array of species and some really beautiful natural wonders.  Its abundance of lush greenery, steep hilltops, lakes, wetlands and forests, as well as its quite mild winter and temperate climate, make it the ideal place for some incredible ecology.  Across the landscapes, you can expect to find a number of treasures.  In the North, there is fertile Nestos Delta, home to otters, boars, deer and wolves as well as magnificent birds of prey, herons, flamingos and cormorants.  There is also Lake Kerkini, a wetland that offers a paradise to over 300 species of birds as well as wild buffaloes.  In the Northwest region, you’ll find Prespa National Park and Pindos National Park which host many endangered species.  In central Greece, with forests abound with chestnut, oak, rowan and maple trees, you can see foxes, wolves and many weasels and there are also rare sightings of wild deer and wild cats.  Lake Dystos, in the area, is one of the most important wetlands. 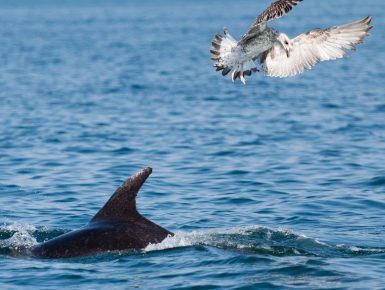 But the mainland is, of course, not the only terrain alive with wildlife, some spectacular examples of biodiversity exist across the islands too, like the ‘Valley of Butterflies’ in Rhodes or the rare goats – Kri Kri – and sea daffodils on the main Crete island.  There is also the famed marine life of Alonissos and Zakynthos home to monk seals and dolphins and the protected Caretta Caretta turtles respectively.  Overall, the mammals across the country number around 116 species with birds equalling around 422 (many of which are migratory) and, in total, fauna and flora is estimated to be at 36,000 species.

Of these 116 species, however, 57 are endangered, including a number of bear, wolf and snake species. Many of the species that are thought to be threatened are found mostly in wetlands, rocky areas, forest and shrublands, making these areas an additional focus of attention and protection. 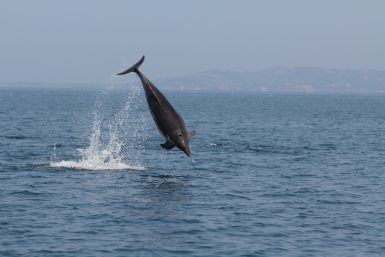 Ecosystems in the Mediterranean have also been found to be particularly vulnerable to the effects of climate change, with drought causing significant species loss.  Along with this challenge, other threats are increasingly prevalent like habitat loss, fragmentation and degradation and for freshwater species, there is the problem of over-extraction of water exacerbated by pollution and invasion of alien species.  Undoubtedly, human action is also a concern, with farming and ranching as a result of agricultural expansion as well as intensification, consumptive use of biological resources, urbanization and tourism playing a key part in the danger posed to wildlife.  Both of our Greek volunteer projects are centred around marine life conservation, particularly sea turtles and dolphins.  Research, data collection and protection activities for unguarded species are crucial to conservation activities across the country and a necessary part of working towards ensuring the continued flourishing of these precious animals.