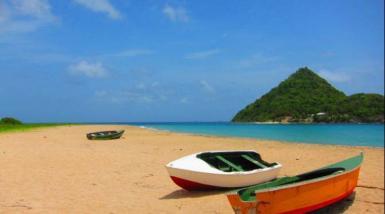 Grenada is known as the ‘Spice Isle’ because of its production of nutmeg and mace, in fact today, the country supplies almost 40% of the world’s annual crop.  But before nutmeg was introduced by a British ship in the 19th century the country was a key producer of sugar for the French and prior to that, home to indigenous descendants from the mainland Caribs of South America.

Evidence shows that the islands came into existence about 2 million years ago, formed by an underwater volcano.  For a considerable time, it was inhabited first by the Arawaks and then the Caribs, whose habitation continued for over 100 years even after Christopher Columbus sighted the island in 1498.  Despite initial settlement attempts by the British at the beginning of the 1600s, it was the French that eventually conquered and settled in the country.  They removed Caribs off the island, built multiple sugar plantations and brought slaves across from Africa to work them.  The collapse of these plantations in the 1700s and the introduction of cocoa saw smaller land holdings develop and by the end of the century, after changing hands a few times, the country was under British control.  There was a revolution attempt at the end of the 18th century, following on Haiti’s example, but it was suppressed and the country remained in British hands until its independence in 1974 (becoming a part of the commonwealth a few years prior).  This made the country one of the smallest independent countries in the Western Hemisphere – and it became a constitutional monarchy, with Queen Elizabeth II as head of state.  This remains the case today within the framework of a parliamentary representative democracy. 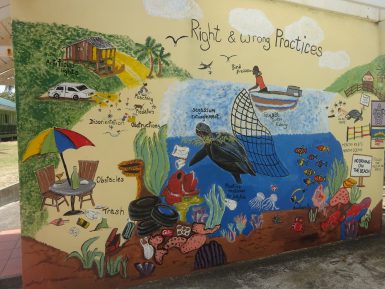 The influence of French, English, Spanish, African and native American-Indian culture is everywhere and although the official language is English, most people speak Creole.  The rich mix of influence is evident in strong traditions of dance and drum (reminiscent of traditional African beats) and also in the annual carnival, held in August on Grenada and February on Carriacou.  Just like Mardi Gras in New Orleans, the Grenadian Carnival historically provided the means for common folk, and even slaves, to openly mock the forces of authority.  For the rest of the year, Soca, Calypso, and reggae are the mainstay on the minibuses competing for the loudest, and unfortunately, sometimes the fastest bus service. 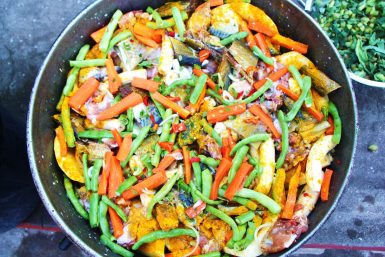 The national meal of the island nation is called oildown and is a combination of breadfruit, coconut milk, turmeric, dumplings, callaloo (taro leaves), and salted meat such as saltfish (cod), smoked herring or salt beef.  The meal is cooked in coconut milk until it is completely absorbed.  A popular breakfast drink on the island is cocoa tea, made from local cocoa and spices but if you feel like something stronger the country also boasts the oldest functioning water-propelled distillery in the Caribbean – River Antoine Rum Distillery.   There are numerous sweet treats that will also get your taste buds turning such as kurma, guava cheese, fudge or barfi, tamarind balls and Grenadian spice cakes.  Not to mention the fact that the island is also home to all three types of cocoa in the world.  Grenada’s ‘House of Chocolates’ is the place where you can taste these different types of cocoa and is located in the capital city – St. George.  To accompany the food, you might listen to some of the islands oldest folk tales, the tradition of telling folk stories is alive and well, particularly on the island of Carriacou. Three of the most popular characters from these tales testify to the mix of cultures: Anancy, a West African spider, trickster-god; La Diablesse, the devil-woman; and Ligaroo, from the French Loupgaroux, meaning werewolf.

Beautiful coastlines are obviously a large part of the island’s character but did you know that the country is also the home of the world’s first underwater sculpture park. The sculptures are developed with concrete and rebar and are placed naturally without adversely affecting the natural reef and the lives of its inhabitants.