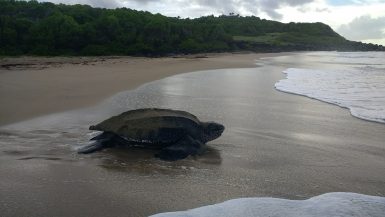 Grenada has some beautiful biodiversity from shore to shore.  National Parks have been developed, and the protection of both the rainforest and the coral reefs continues to be a high priority.  Environmental threats to reefs include hurricanes and storm surges and terrestrial runoff and sedimentation.  All of Grenada’s reefs are threatened by human activities; indiscriminate boat anchoring, spear fishing of fish, coastal development and poor land-use practices especially on the east and southeast coasts. Overfishing is also a threat to all areas. 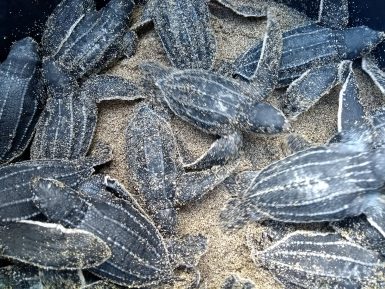 The range of creatures across the country stretch from a number of gecko and lizard species to Garman’s woodland frog and the Africa mona monkey; from the large opossum to the forest and ghost crab and the rare nine-banded armadillo; from the Burmese mongoose to waterfowl, warblers and heron and from numerous species of turtle, to lobster, conches, dolphins and manta rays.  Despite the widespread and dense rainforest, there are no poisonous snakes to be found.  There are, however, a few critically endangered species: The Grenada dove, which is the national bird of Grenada, and leatherback turtles – the largest living species of reptile which date back to the era of dinosaurs.  In fact, Levera Beach is home to the largest Leatherback nesting population where only one in 1000 of their hatchlings can survive to adulthood.  Our Ocean Spirits Leatherback Sea turtle volunteer project in Grenada gives you the opportunity to work closely with this incredible species of turtle.  There are also a number of other species that are increasingly threatened like the giant toad and piping frog, freshwater fish, the nine-banded armadillo and two species of opossum, multiple lizards and snakes and countless bird species as well as a number of turtles like the Hawksbill turtle, the loggerhead turtle and the green turtle.  Conservation efforts are crucial to prevent any further harm to the unique fauna and flora.