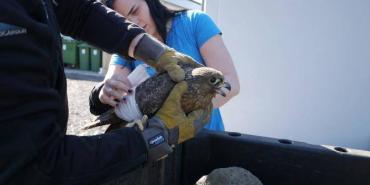 Despite its geography, the island was initially heavily forested prior to human habitation.  Since then forest exploitation, overgrazing, volcanic activity, glacier movement and unfavourable climate have all contributed to soil erosion and today, only around a quarter of the country remains with continuous plant cover.  Steps have been taken to re-forest parts of the island, but it is slow and difficult.  Most vegetation is subarctic and includes landscapes like grasslands, bogs and marshes as well as low-growing shrubs, like heather, crowberry and bearberry. 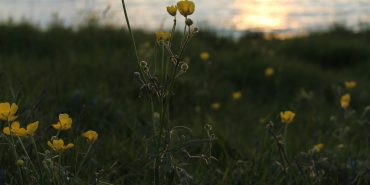 Initially, prior to human settlement, it is thought that only one land mammal existed in Iceland, the arctic fox, amongst the birds and marine species.  But through history a number of diverse animals have adapted to the harsh and arid geographic conditions to create a thriving biodiversity on the island.  The native species include impressive examples of white or blue arctic foxes, whales and dolphins, seals, puffins (with about 60% of the world’s population breeding in Icelandic cliffs – try visit, for example, the cliffs at Látrabjarg), polar bears (which do not have a permanent residence but come over from Greenland) and other bird species (such as guillemots, gulls, auks, sandpipers, peewits, sea eagles and raven).  Non-native species are largely reindeer (concentrated in the east) and rodents and mink.  Domestic animals, like dogs, sheep, cattle and horse also play a considerable role in Icelandic society, with the Icelandic horse being a particular staple of the landscape since Viking times.  The 13th-century Prose Edda written by Icelandic poet and historian Snorri Sturluson even notes: “amongst gods and men, that horse is the best”.

Whale and seal hunting in the past has been of crucial importance to the survival of human populations on land, however it has lessened in recent years and is under increasing pressure from various groups.  Whale and seal watching have become important parts of activity (tourist and local) and this contributes to the arguments against hunting – in fact, the small fishing town of Húsavík, on the northern coast, is the whale watching capital of Europe.  Walruses used to have a large population in the country but were hunted to extinction in the 17th Century.  Aside from the problem of hunting, deforestation from clearing for farming and human activity, is also seriously concerning for local residents.  It leaves the land extremely exposed and vulnerable to weather conditions.  Many recent projects are focused on regrowing this crucial habitat including our tree planting volunteer project in Iceland.