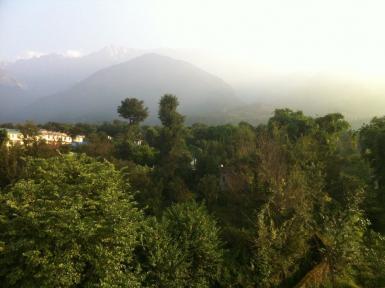 India is the seventh largest country in the world by size and it boasts an incredibly diverse collection of landscapes which are bordered along the eastern, western and southern coast by the Bay of Bengal, the Arabian Sea and the Indian Ocean respectively.  In the north, the country shares its borders with Bangladesh, China, Nepal, Bhutan, Myanmar and Pakistan, and just off the southern coast – alongside a number of islands – lies Sri Lanka.  The country is largely divided up into a number of main regions geographically.  These include the great mountains in the north; the Thar desert to the northwest; the Indo-Gangetic plain characterised by three important rivers (the Ganges, the Indus and the Brahmaputra); the peninsular plateau divided by central highlands and scattered with shallow valleys and rounded hills; and the coastal plains home to a great number of smaller rivers.  There are also two main groupings of islands, the Andaman and Nicobar Islands in the Bay of Bengal, and the Lakshadweep Islands in the Arabian Sea.

In terms of climate, India can be divided into a number of regions.  For the most part, the country has a tropical climate which throughout most of the interior is a mixture of wet and dry tropical weather.  In northern parts there is a humid tropical climate and along the western coast lies wet tropical areas.  Stretching in a strip up the centre of the country is a semi-arid climate, which also stretches across the north-west.  Although stereotypical images may bring to mind the heat of India, the country can also experience extreme cold.  This takes place largely in the northern mountainous regions which include the cold, arid and windswept Himalayas. 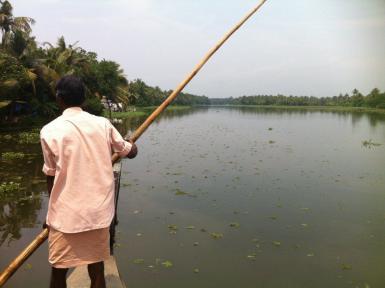 There are quite strong variations in India’s four seasons.  The summer months can get extremely hot, stretching between March and June with maximum temperatures in certain parts reaching at least 40°C.  This is the pre-monsoon season (though thunderstorms are experienced in the north-eastern and eastern parts of Bihar, Assam and West Bengal while in the plains of north-west India, hot and dry winds are common).  July to September brings the monsoon rains which supply around three-quarters of the countries yearly rainfall.  Autumn stretches from October to December and marks the transition to winter.  Temperatures slowly start to decrease and there is also a reduction in the humidity experienced across the country.  Rainfall is still common in some parts.  Winter can begin as early as December, however for most areas January and February see the onset of of this cold season which brings average temperatures of between 10°C and 15°C in the northwest regions and between 20°C and 25°C in the southeast region of mainland India.  The heaviest snowfall in the mountainous regions occurs between these months and the temperatures can drop well below zero. 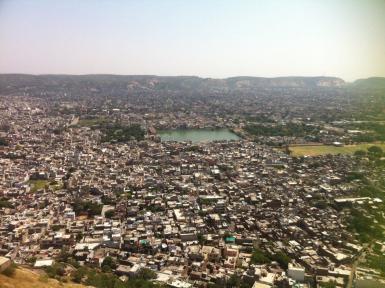 Our wildlife conservation project in India is based in Agra and the Uttar Pradesh state.  Here, the weather is consistently mild all year around but has particularly hot temperatures from March to November.  These summer months see temperatures rise to the mid 40°Cs between April and June and remain in the mid-to-high 30°Cs till November.  The rainy months – and peak humidity times – are July, August and September, with the remainder of the year staying relatively dry.  Across the state of Uttar Pradesh the summers can be extremely hot while October to March brings more pleasantly cool weather.