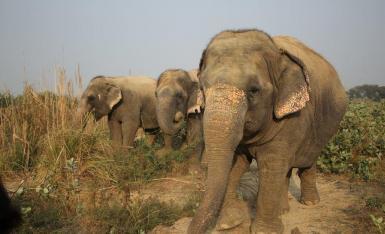 The symbol of Indian wildlife is most definitely the Indian elephant, but did you know there are approximately 410 species of mammals located in the country.  And that’s just mammals.  In fact, India is one of the 17 mega-biodiverse countries in the world accounting for around 7-8% of the world’s recorded species despite making up only 2.4% of the earth’s land area.  The country is also home to some incredibly rare and exotic species which include the greater one-horned rhino, the nilgiri tahr, the Bengal tiger, the Asiatic lion, the black buck, the lion-tailed macaque and the snow leopard.

The country has 10 distinct geographical zones which accommodate its impressive levels of species diversity and endemism.  European and Asian influences meet across much of the terrain creating not only an interesting mix of habitat, but a similarly unique medley of animals. 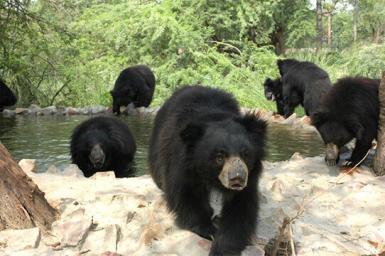 Three of the largest current threats to the countries wildlife and biodiversity are large-scale development projects (including dam and road construction, and mining), the conversion of various landscapes, often rich ecosystems, into farmland, industrial sites or residential areas, the poaching of animals, and the over-harvesting of forest products.  There are many national parks scattered across the varying landscapes that are working to preserve and rehabilitate the wildlife and biodiversity of the country.  A few of these include Corbett National Park in Uttarakhand, Ranthambore National Park in Rajasthan, Kanha National Park in Madhya Pradesh (famed for inspiring the setting of Rudyard Kipling’s ‘The Jungle Book’) and Kaziranga National Park in Assam.  Unfortunately, there is still incredibly threat to both wildlife and biodiversity that looms menacingly on the horizon.  The country has already seen immense depletion of diversity and various species due to both human interference and certain climatic conditions.  Urgent attention is required to ensure the stabilise the future of many animal and plant species. Find out more about how you can help at our wildlife volunteering project in India.