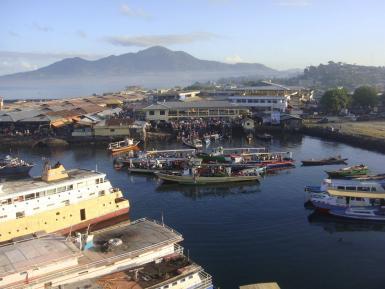 In the period, around 40000 years ago, when Indonesia was still joined to mainland Asia by a land bridge, it is believed people crossed over and inhabited the land.  Early inhabitants were farmers and evidence shows their use of stone tools and pottery.  By 700 BC, bronze and iron became a key part of society, which was increasingly organised and cooperation of villages saw the growth of kingdoms and trade with nations like China and India.  Around this time, Hinduism and Buddhism also took root.  The Borobudur temple is found in Indonesia; it is the world’s largest Buddhist temple and was one of the Seven Wonders of the World.  Empires, some Hindu and some Buddhist, rose and fell between the 8th and 15th centuries.  In this time, Islam spread slowly and then became dominant, leaving Bali as the only island with a Hindu majority.  Muslim traders capitalised on the spice trade, however the draw of profits from nutmeg, ginger, cinnamon, cloves and mace meant the attraction of European empires.  In the early colonial period, the country was controlled by the Portuguese, then the Dutch, then the British (with a brief interlude by the French) and again, finally, by the Dutch.  Throughout the period many Indonesians did fight the control of these powers though nationalist movements only became more organised in the early 20th century.  WWII saw more exploitation of the island as the country was invaded by Japan.  Although the end of the war brought a self-declared independence, Dutch power sought to regain control, leading to a number of drawn out conflicts and eventually, on the 2nd of November 1949, the Dutch agreed to formally recognize Indonesian independence.  Today the economy is growing slowly and the country is a democratic presidential republic.  It also has the largest Muslim population in the world despite being a secular state. 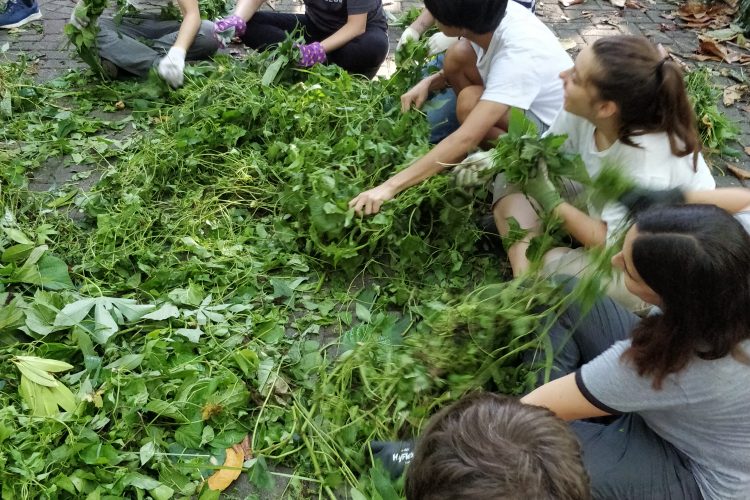 Given this history, it is easy to understand why Indonesian culture is a unique mix of indigenous and foreign influences.  The fusion of multiple religious beliefs, such as Hindu Javanese Abangan belief, Hinduism, Buddhism and animism in Bodha, and Hinduism and animism in Kaharingan show how blended a culture the nation has.  In Bali, dances tell stories of ancient Buddhist and Hindu kingdoms, while on other islands, Islamic art forms and architecture are present.  Western influence shows up largely in science and technology as well as in forms of modern entertainment like tv, film and music.  India, too, has a notable influence in songs and movies, for example a popular type of song is the Indian-rhythmical dangdut, which is often mixed with Arab and Malay folk music.  The country is rich in handicrafts and various forms are found across the many islands: wood carvings for ornamentation and furniture, silverwork and engraving from Yogyakarta and Sumatra; filigree from South Sulawesi and Bali and, also, different styles of clay, sandstone and wood sculptures.

With so much of its history determined by its reputation as the ‘Spice Islands’, it’s no wonder that Indonesian food is packed with enough flavour to punctuate your dreams.  Although meals are generally simple, the plentiful use of various roots, spices, grasses, and leaves adds zest to most dishes.  Much of the food is prepared with contrasting flavors, such as a spicy sweet or hot sauce served over a bed of plain white rice (which is in fact a popular meal throughout the country).  Other dishes worth tasting include: Indonesian Satay (meat skewers with peanut sauce and a national dish), Beef Rendang (a spicy beef curry without broth), Fried Rice (Also called Nasi Goreng and a national dish), Nasi Rawon (beef stew with a nutty flavour and a deep, black colour), Sop Buntut (Oxtail Soup), Siomay (Indonesia’s version of dim sum as definitely street food at its best), Indomie (Indonesian Instant Noodles which are highly addictive), Nasi Uduk (rice cooked in coconut milk usually served with fried chicken and a number of other ingredients), Sweet Martabak (the Indonesian version of a pancake) and Pempek (fish and tapioca). 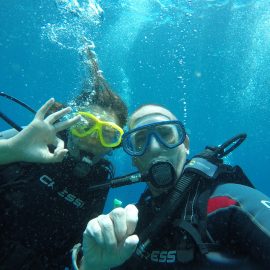 It should be no surprise that there is endless opportunity for adventure in Indonesia.  In East Java there is Bromo, an active volcano which is famed for glorious sunrises with the backdrop of the magnificent cone.  Also in East Java is IIjen, another active, though much quieter volcano with a crater and turquoise sulfur lake near the summit.  At night, with the combustion of sulfuric gasses, what’s known as the “blue fire” lights up the sky.  In Central Java, Dieng Plateau is at the height of the Dieng Volcanic Complex and is cherished for the magnificent, unrestricted view of the cities and fields.  Lengkuas Island, which is centrally located, has clear, untouched beaches decorated with smooth white sands and majestic granite boulders and is also home to a towering lighthouse built during the Dutch colonial era.  Labuan Cermin, in East Kalimantan, has water as clear as glass that lets you see your boat’s shadow.  Ubud, in Bali, has the famous Tegalalang rice terrace as well as the world’s friendliest and most creative people.  The Wae Rebo, a remote village on Flores Island, has iconic traditional houses and the picturesque Kelimutu Lake.  Toba Lake, in northern Sumatra, is Indonesia’s biggest lake and arguably one of the most beautiful.  Mount Rinjani, in North Lombok, is the second-highest volcano in Indonesia and it reserves its beauty for the most adventurous tourists.  These are just a few of some of the sites to see and adventures to be had and, while description makes it sound incredible, there is nothing quite like experiencing them first hand.