Indonesia boasts the second highest level of biodiversity in the world.  It is one of the 17 megadiverse countries and has two of the world’s 25 biodiversity hotspots, 18 World Wildlife Fund’s “Global 200” ecoregions and 24 of Bird Life International’s Endemic Bird Areas.  It also contains the world’s third largest area of rainforest after the Amazon and Africa’s Congo Basin.  These forests include species like the endangered orangutans and critically endangered Sumatran tigers and rhinos.  Along with a high diversity of species, the country also has significantly high levels of endemism.

Some incredibly interesting species can be (or have been) found across the archipelago: there was the longest snake ever discovered (10 meters) in 1912; the Mudskipper fish which can walk, hop and climb on trees and breathe on land; the Rafflesia Arnoldi (also called the Corps flower) which is the largest flower weighing around 7 kg; the Komodo dragon (on Komodo Island) which is a kind of a lizard that can grow up to 3m long and is an ancient species found only on five islands in Indonesia. 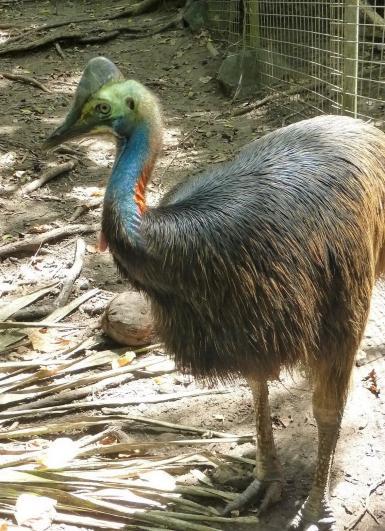 Indonesia has 566 national parks and, so, too many to list here.  A few of them worth nothing, however, include Bunaken National Park which is one of Indonesia’s richest diving sites just off the coast of North Sulawesi. It is located at the heart of the Coral Triangle and promises encounters with hundreds of marine species.  Tanjung Puting National Park, which is in Central Kalimantan (Borneo) and includes drylands, forest, swamps, mangroves, and coastal beach forest.  It is home to various wildlife, including the protected Orangutan.  Wakatobi National Park, which was declared a UNESCO World Heritage Site in 2005 and is a marine park which sustains the life of hundreds of species, from coral reefs and fish to seabirds.

The main factors affecting biodiversity loss and species extinction in Indonesia are habitat degradation and fragmentation, landscape changes, overexploitation, pollution, climate change, alien species and wildlife trading.  Deforestation is the main factor of the threatened wildlife in Indonesia because forest is the natural habitat for most of the wildlife. Forest conversion into palm oil plantations, industrial production forests, and mines becomes serious threats for the survival of rare species including the orangutan, Sumatran tiger, and Sumatran elephant.  Wildlife trading is also of considerable threat.  More than 95% of the traded wildlife in the markets are caught wild instead of bred in captivity.  And on top of this, more than 20% of the traded wildlife die in vain due to inappropriate transportation and handling.  Many protected and threatened species are openly traded in Indonesia and the more endangered the species is, the more expensive the price. 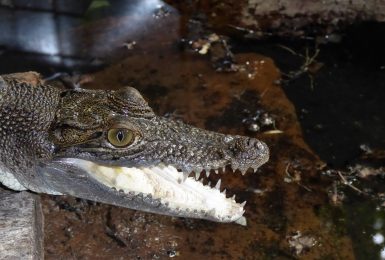 As a volunteer in Indonesia, you can join our Wildlife Rescue Centre programme, which is located in the Northern part of the island Sulawesi and which is a particular hotspot for the smuggling of wildlife out of Indonesia onto the global market via the Philippines.  Animals from all over the Indonesian archipelago have suffered this trade route.  The Rescue Centre helps the authorities tackle this crime and take care of the wildlife confiscated from this trade.  Volunteering at the Wildlife Rescue Centre thus involves work with various wild animals from the region. Tasks can include feeding the animals and providing browse from various vegetation to the animals, finding methods to address potential concerns about the captive wildlife behaviour and their physical and psychological welfare and, lastly, observing the animals.