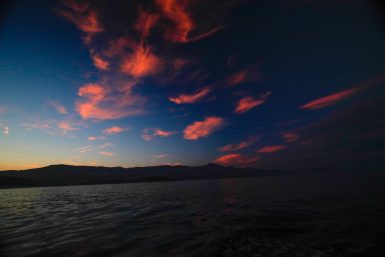 Italy is located in the southern part of Central Europe and comprises the long, famously boot-shaped Italian Peninsula, the southern side of the Alps, the large plain of the Po Valley and a few islands, including Sicily and Sardinia.  Jutting far out into the Mediterranean, the extension of land has forced the creation of individual bodies of water, namely the Adriatic Sea, Ionian Sea, Ligurian Sea and Tyrrhenian Sea.  Thus, Italy boasts an incredible 7600 km coastline (including its islands). Inland, the country is bordered by Switzerland, France, Austria and Slovenia.  San Marino and the Vatican City are enclaves within the country.

In the northernmost part, the rugged Alps boasts some scenic wonders which overlook the Alpine lakes and glacier-carved valleys stretching down to the Po River, where you find some of Italy’s most fertile land, the Padan Plain.  This northern Lake District boasts the impressive Lake Como, Lake Garda and Lake Maggiore.  Another prominent collection of mountains, the Apennines, runs along the length Italy into the peninsula, almost 2000 km, and close to Rome widens to stretch almost the entire width of the country.  This area also includes the only glacier in Italy, Calderone, the southernmost in Europe.  South of Rome, the capital city, this Apennines range narrows and is flanked by two wide coastal lowland plains, facing the Tyrrhenian Sea on one side and the Adriatic Sea on the other.  Mountains cover almost a third of the country and plains only about a quarter.  The coastlines are largely hilly and rocky, with some incredible crescent beaches.  The Adriatic coast offers flatter coasts, through terraced hills dominate the skyline just inland. 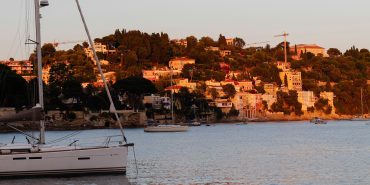 Renowned for some of the most paradise-esque islands, which are largely volcanic in origin, there is much to explore off the mainland.  Some prominent ones are Sardinia and Sicily and the smaller Capri, Elba and Ischia.  Did you know that much of Italy is, in fact, volcanic in origin and that a number of still active volcanoes exist?  This includes Sicily’s Mt. Etna and Mt. Vesuvius near Naples.

The country experiences varied weather specifically between the northern and southern parts, with central parts both geographically and temperature-wise acting as a middle ground.  The north is known for a harsher climate with particularly cold winters and very hot, usually humid, summers.  Centrally, the extremes lessen and a milder winter and a longer summer are prominent.  In the south, as well as on most of the islands, the temperatures are considerably warmer and as a general rule the eastern coast is usually drier and colder than the western coast.  The extreme difference across the country are shown by how, on one winter’s day, it can be −2 °C and snowing in Milan, 8 °C in Rome and 20 °C in Palermo.  For this reason it is best to check the weather patterns of the specific places you may be going to be sure.  In San Remo, where our Dolphin & Whale Research volunteer project is based, the weather is usually warm and dry from May to September, which allows for ideal cetacean research conditions for volunteers.