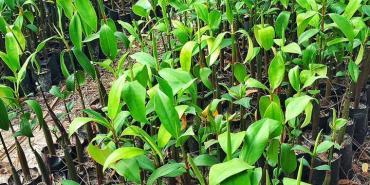 Kenya has a collection of different terrains.  In the east, it is bordered by the Indian Ocean and with white sand beaches, azure water and palm trees, these areas make you feel like you’ve been dropped in the middle of paradise.  In parts, the coast is also characterised by mystical looking mangrove swamps.  Inland, the country is bordered by Somalia, Ethiopia, Sudan, Uganda and Tanzania and is characterised by broad plateaus and multiple hills.  In the north, there is a small portion of desert and semi-desert which includes impassible sand-dunes, volcanic terrain as well as forested mountains that rise out of the dry landscape.

On the western side of Kenya, stretching the length of the country is the Rift Valley.  It is a part of the eastern arm of the Great Rift Valley which runs between Mozambique and Jordan and displays some of the most impressive scenery in Africa.  It was in fact created over 20 million years ago when the crust of the earth split.  It also holds a number of lakes such as Nakuru, Elmenteita and Bogoria which form a UNESCO heritage site.  And in the North is Lake Turkana, the world’s largest permanent desert lake.  Neighbouring the Rift Valley to the west in the southern part of the country, is Lake Victoria which is the second largest freshwater lake in the world (by area). 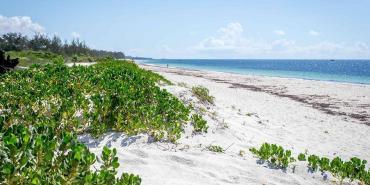 Mount Kenya is the second highest peak in Africa after Kilimanjaro and stands at an impressive 5,199 metres.  It gives the country its name and is found just north of the sprawling metropolis that is the capital, Nairobi.  Did you know that it is one of the largest free-standing volcanic cones in the world?  Mount Kenya National Park also includes lower lying scenic foothills and semi-arid savanna grasslands.  The lesser-known Aberdare range, to the east, boasts dense rainforest and considerably more wildlife.

There are largely two conditions that determine the climate of the area; altitude and monsoon winds.  The higher the altitude, the cooler the temperature becomes and monsoon winds can counter the hot and humid weather along the coast.  Because of its proximity to the equator, the distinction between summer and winter is unapparent and the year is largely divided between the Dry season and the Wet season.  From around June to October the dry season drops temperatures across the country and reduces the amount of humidity experienced.  At higher points, like around the mountains and highlands, the day-time temperatures reach the low 20℃s, while in the lowlands, and particularly around the coast, they climb to the high 20℃s.  Higher altitudes can also bring chilly mornings, with temperatures around 10℃. 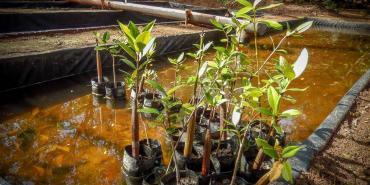 The Wet season, stretching from November to May, is further divided into three periods.  November and December bring the ‘short rains’; unpredictable and usually in the late afternoons.  January and February, bring dry spells and less rainfall, and the remaining few months bring the ‘long rains’ with considerable daily downpours, although they rarely last the whole day.  These last few months allow for noticeably higher humidity, particularly along the coastal regions.  Temperatures here rise to the early-30℃s and rarely drop below 20℃.  The onset of these two rainy seasons are largely determined by the monsoon winds.

For those joining our Sea Turtle volunteer programme in Kenya, this takes place in Watamu Bay, which is close to the southern tip of the coastline and about a two-hour drive from Mombasa.  Here, you can expect all of the coastal conditions described above; equator influenced, with warm nights and hot humid days.  Sea conditions vary throughout the year however, the best ‘water clarity’ falls between October and March as the heavy rains cause river runoffs which reduce visibility in other months.  Sea temperatures range from around 23℃ to 27℃ and are thus always pleasant.