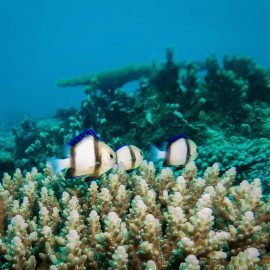 Kenya, like the other African countries where our projects take place, is abundant in wildlife and diverse ecosystems. In the South, there is the Great Migration, mentioned earlier, where masses of Wildebeest and Zebra make the annual move from south of the Serengeti in Tanzania to the Masai Mara area in Kenya.  In Tsavo, a region whose ecosystem holds one-third of the country’s elephant population, you can find the red elephants and, in other parts, thousands of pink flamingos can be seen flocking to shallow waters, the most famous of which are those of Lake Nakuru.  Though it is difficult to predict when to catch this breathtaking sight, your best bet is during the dry-hot season in January and February.  The country is also home to the endangered black Rhino, beautiful birds, giraffes, hippos and much more, thanks to the array of national parks and reserves.

Kenya’s coast also boasts some impressive ecosystems and wildlife.  The entirety of the east African coast, which includes parts of Zanzibar and Tanzania, has up to 350 species of fish, 40 classes of corals and 35 species of marine mammals, including whales, dolphins, and the endangered dugong.  The forests along the coast are an important part of the scenery and it is reported that, in total, these mangroves and other marine ecosystems constitute 192 million acres of coastal East Africa, almost twice the size of the state of California.  Coral reefs, sometimes dubbed the ‘rainforests of the ocean’ provide important protection from erosion and sustain an array of sea life.  Sea turtles are just one of the many species found along the coast, but did you know that five of the world’s seven species of sea turtles are found in Kenya’s waters: the Green (Chelonia mydas), Hawksbill (Eretmochelys imbricata), Loggerhead (Caretta caretta), Olive Ridley (Ledpidochelys olivacea), and Leatherback (Dermochelys coriacea) turtles.  Our Watamu Sea Turtle Volunteer Programme enables volunteers to work with sea turtle conservation and offers the chance for volunteers be a part of ensuring they remain protected from increasing challenges. 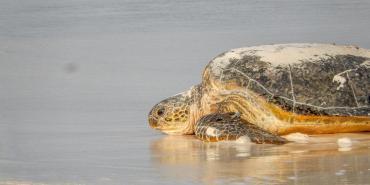 Monitoring and research in and around these reefs are important to continue understanding implications from various human activities. A booming population threatens these coastal ecosystems as much as it does the interior. A growing economy and population bring massive changes; as coastal forests are cleared and important resources are stripped.  In addition, water pollution continues to climb due to urban and industrial waste as well as from the increased use of pesticides and fertilisers which are washed into rivers and oceans. 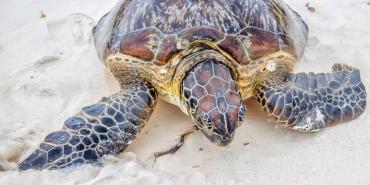 Efforts in the interior mean Kenya has been deemed one of the most innovative and successful conservation communities in the world.  The country and many non-governmental organisations have been invested in bringing the wildlife back from the brink after a ‘poaching holocaust’ of the 1970s and 80s.  Measures implemented have included arming rangers to protect rhinos and elephants, two of the species affected most severely by poaching.  In 1970 there were around 20 000 black rhinos in Kenya, by 1983 this had dropped to 15.  Today the number has been increased to around 540, however the situation still remains precarious.  Just last year one of Africa’s oldest and largest elephants was killed by poachers, Satao II.  His death marks further dwindling of the ‘big tuskers’ estimated to be as few as 25.

‘Harambee’, Swahili for ‘pulling together’, is often used as a motto for national unity.  But its essence is also applicable to the need for communities, organisations and volunteers to pull together to ensure that these precious ecosystems and animals are protected.