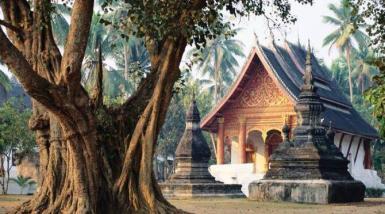 Laos has an interesting and unique history and culture.  Caught in the midst of a number of powerful nations, the country has often played an important part of trade networks and communication.  Although not much is known about the earliest parts of the country’s history, it was during the an era that ‘The Plain of Jars’, a megalithic archaeological landscape consisting of thousands of stone jars, is believed to have been constructed. You can visit it today in Xieng Khouang.

Despite being a rather small power in comparison to its neighbours, the origins of the nation stem from the kingdom of Lan Xang Hom Khao (Kingdom of a Million Elephants Under the White Parasol), which was one of the largest kingdoms in south-east Asia from the 14th to the 18th century.  The great capital of the kingdom was built at Xiang Dong Xiang Thong which is today Luang Prabang – where the project offered takes place.  This means that there is some incredible history to explore in the region.  It also brought Theravada Buddhism to the country, the most practiced form of Buddhism and the largest religion in modern Laos.  The Golden Age of the country is often remarked to be during this time under the rule of King Surinyavongsa, whose death brought disarray and marked the end of Lan Xang.  The dazzlingly golden That Luang Temple, built in 1556, demonstrates the magnificence of the kingdom and pays homage to the buddhist presence.  It is found in the capital city of Vientiane and is often noted as one of the national symbols of the country.  Today, being primarily Buddhist, Laos has two calendars: the Gregorian calendar used for business and the lunar calendar used for holidays and festivals. 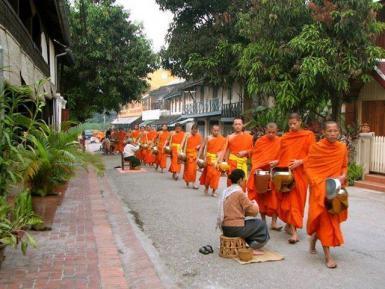 Prior to this kingdom, the region experienced influence from various sources including Indian merchants from the 1st century and the Khmers of Cambodia from the 9th to the 13th centuries.  Vat Phou, a ruined Khmer Hindu temple complex, in the southern Champasak province, demonstrates some of the incredible architecture and history of the Khmer period and is worth a visit.

Much of the country’s history is characterised by warfare, largely as a consequence of constant warring kingdoms, and later nations, across south-east Asia.  Siamese (Thai) rule comprised the rest of the 18th and 19th centuries until French colonialism dominated the entirety of the region from the late 19th century.  Laos officially became a part of French Indochina after the Franco-Siamese War in 1893.  The French did not develop the country in the same way that they did other parts of Indochina as it lacked the seaports and trade of the other areas.  The country has remained relatively poor and underdeveloped in most parts. 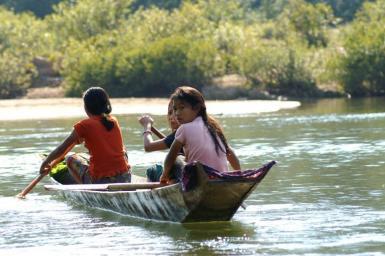 A brief period of Japanese occupation during WWII was replaced by the French, who again took control in 1946.  Gradual independence was granted and the country came under the conflict of competing influences – communist on one hand and right wing on the other.  Conflict and civil war continued through much of the rest of the century, including a period of involvement in the Vietnam war, until the Lao People’s Democratic Republic (Lao PDR) was firmly established in 1975.  Laos remains politically communist today.

Throughout history, the country has served as a crossroads of trade and migration and as such has developed into a uniquely blended culture.  With that said, there still remains some diversity within the population which is comprised of around 68 ethnic groups.  With one of the lowest population densities in Asia, the country has expanses of natural space that creates a strong feeling of connection to the environment.  At the same time, the people that you meet are conservative but easygoing, with a kindness and honesty that makes you feel immediately at home.  Interestingly, did you know that Laos is particularly accepting of the gay community, including transgender individuals and cross dressing?  Their trustworthiness is noteworthy and will leave you wanting to learn as much as you can about their culture.  Which is easily done over a delicious bowl of Khao Piak Sen (a traditional soup broth) and some Yall Dib (fresh spring rolls).  If you’re feeling adventurous you can also sample the local Lao-Lao which has been dubbed the cheapest alcohol in the world and is a potent rice whisky serving as a popular moonshine.