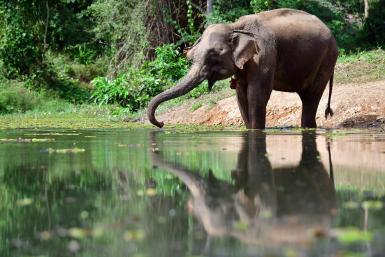 Despite its size, Laos has an incredible amount of diversity in its fauna and flora.  The terrains range from mountainous areas to low lying plains and southern wetlands which accommodate some incredibly beautiful species.  Amidst the expanses of tropical forest and across the country you can find Asian elephants, pot bellied pigs, tigers, sun bears, leopard cats, rhinos, kouprey, gaurs, giant flying squirrels and the newly documented saolas.  Laos also has a spectacular array of flowering plants with between 8,000 and 11,000 species and one of the greatest pools of glutinous rice varieties in Asia.  Unfortunately, there are a number of species that are critically endangered, endangered and vulnerable.  These include the Javan Rhino and Kouprey; the Asian Elephant and the Black Gibbon; and the Asiatic Black Bear and the Clouded Leopard respectively.

Like many other parts of south-east Asia, Laos has also experienced great losses in wildlife and environment and continues to experience significant threats to its biodiversity.  The main reasons for biodiversity loss are economic in nature: over-exploitation of timber, illegal logging, expansion of agricultural areas and mono-cultures, unsustainable slash-and-burn, hunting and fishing practices, and illegal hunting and wildlife trade. Social causes play a role as insecure land rights and unequal land distribution result in agricultural lands expanding into protected areas. Structural poverty leads to unsustainable resource use.  Moreover, there are environmental events like floods, droughts and landslides which compound many of the problems. 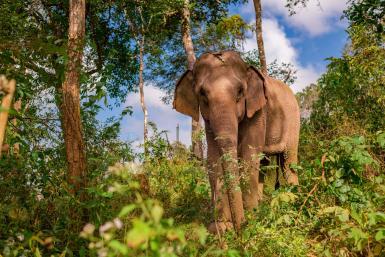 Much of the rural population relies on the thriving of the biodiversity to sustain their livelihoods through small fishing and clean drinking water.  The economy of the country, and many of its people, depend on natural resources.  On the one hand, this means that there can be overexploitation and incorrect use of resources in the face of desperate poverty.  On the other hand it means that there is an incredible need to protect and preserve the country’s nature to ensure stability and safety.

The country has a national protected areas system that was initiated in order to combat the rising threats to wildlife and the environment.  At the same time, there is still a considerable amount of work to be done. At our elephant volunteer project, volunteers have the opportunity to support elephant conservation efforts in Laos whilst experiencing elephants in an ethical way. Another of the areas with a high concentration of biodiversity and endangered endemic species is the Nam Et Phou Louey National Protected Area in Luang Prabang.  It is a remarkably beautiful environmental zone and provides inspiration to all who spend time, serving as a reminder of just how valuable the work to preserve the natural habitats is.