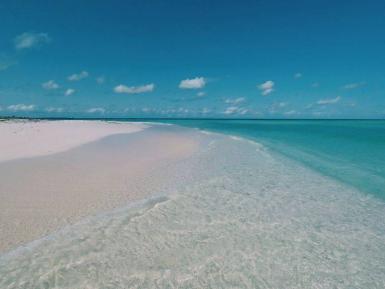 Spread over 9000 square km, the Maldives is a narrow chain of coral atolls in the Indian Ocean.  It’s made up of around 1 200 islands consisting of live coral reefs and sandbars.  The islands have no rivers or lakes and no hills, although on certain islands, some dunes can reach around 2.5 metres.  Although some of the larger atolls are approximately 50 kilometres long from north to south, and 30 kilometres wide from east to west, no individual island is longer than eight kilometres.   All the islands are encircled by lagoons blessed with crystal clear water.  The islands, the largest of which is Gan, belonging to Laamu Atoll, are protected by a reef structure, housing some of the most unique and spectacular underwater life.  Landscapes and vegetation can differ across the various atolls, with particular differences found between inhabited and uninhabited islands.  Thus, inhabited islands have small groves of banana, papaya, drumstick and citrus trees as well as patches of breadfruit trees and coconut palms.  On uninhabited islands you find different bushes and mangroves as well as some coconut trees along the coastline.  Some of the islands are also marshy and for the most part poor soil makes agriculture difficult.  Our Maldives Island Volunteer Programme is  located on the beautiful tropical island of Naifaru, the capital of the Lhaviyani Atoll. 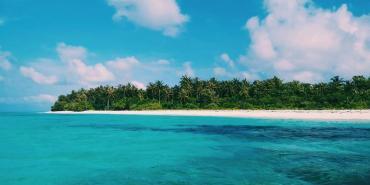 The climate of the Maldives is tropical with hot weather often influenced by monsoons.  There is the south-west monsoon, from late April to September, which is strongest in the north and brings winds (making seas rough), high humidity and cloud cover.  The northeast monsoon, from October to December, it’s quieter and simply brings showers and thunderstorms in the afternoon or evening, especially in the southern atolls.  The driest period, outside the monsoons, runs from January to April, and is felt more in the northern atolls.  The temperatures are mostly stable all year round sitting at highs of 30℃ and lows of 25℃, though between February and May temperatures do rise slightly, especially in the northern atolls.  The sea in the Maldives is warm all year round, varying from 28℃ to 30℃.