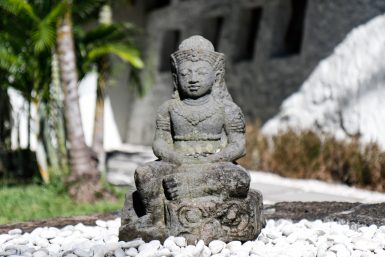 Mauritius certainly has a jumbled history.  Although long uninhabited, the island is known to have been used as early as the 10th century by Arab sailors.  Yet it was only in the 16th century that it was explored more officially by the Portuguese, though they too did not settle there.  It was just before the turn of the 16th century that the Dutch properly occupied the island, giving the country its name, after Prince Maurice van Nassau the stadtholder (or governor) of Holland.  By 1710, however, a number of attempts to establish successful small colonies had failed and the Dutch subsequently abandoned the island.  They left it, reports suggest, to pirates, though not before introducing sugarcane (and Java Deer) to the landscape.  Around five years later the French tried their hand, occupying the island and renaming it “Isle de France”.  The visiting French governor also established the now capital city, Port Louis, as a naval base.  Initially run by the French East India Company, it was an important base for overseeing the Indian Ocean trade.  Towards the end of the century, the island was claimed by the French crown whose administrative authority saw increased amounts of African slaves bought in and sugarcane established as a prosperous industry.  During the Napoleonic Wars however, raids conducted from the island became increasingly threatening to the British, who subsequently invaded and established stable dominance by 1814.  Despite restoring the name to ‘Mauritius’, the British unusually allowed the customs, laws and language to remain French.

After abolition, indentured labour from India replaced slavery, although over the next century and a half events continued to negatively affect the economy.  In March 1968 the country became independent within the commonwealth and, in 1992 it became a republic.  Throughout this period and continuing to today, the country continues to face economic hardships, yet the government’s attempts to diversify the economy are slowly becoming successful and the island’s dependence on sugar exports has been lessened.  In fact, the island is the richest on the African continent.  The country also remains a stable presidential republic dominated largely by three parties. 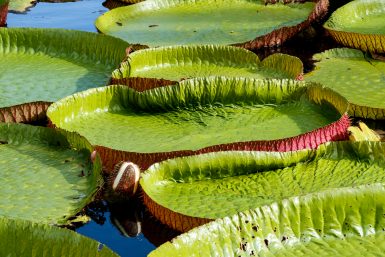 The mismatch of cultures and peoples that make up the history of Mauritius is reflected across other dimensions of the island such as language, culture and food.  Although the official language is English, much of the local population converses in Creole-French based but a mix of multiple languages.  The people, too, are a combination of ethnicities, with the majority being Indo-Pakistani, mostly descendants of the indentured labourers.  About a fourth are Creole (a mix of French and African) and there is also a small percentage of Chinese and Franco-Mauritian descendants.  The tide of diverse explorers who have graced the shores in the past is also evident in the food; Asian, Indian and European specialities can all be found in the local cuisine – ‘less a melting pot than a wonderfully aromatic cooking pot’.  The culture of the island is perhaps best described in the tradition of table d’hôte, where a family table is covered with signature dishes and open to all for sharing.  Matching the colour and splendour of the food, and something not to be missed, is the lively popular folk dance, for which Mauritians are renowned: séga.  The island is similarly famed for talented poets and novelists as well as a flourishing art scene where representation and abstract painting is particularly popular.

If you’re looking for outdoor adventure and activities, this small island has plenty to offer.  The Northern region from Turtle Bay to Cap Malheureux is very popular for motorised water sports and island hopping.  Also in the North is the Seewoosagur Ramgoolam Botanical gardens, named after the first prime minister of independent Mauritius, and displaying an otherworldly natural elegance.  The gardens are most famous for the giant Victoria amazonica water lilies which can stretch to 2m wide and are best seen during the summer months.  Initially started as a vegetable patch, it also boasts towering palms and an array of colourful birds and small wildlife. 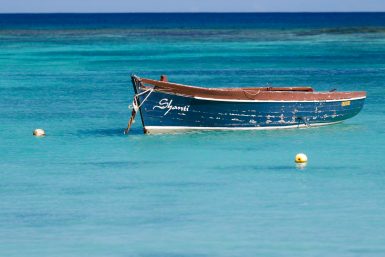 The west coast is ideal for water activities like surfing, snorkeling and kitesurfing among other things, specifically along the beautiful beaches of Flic en Flac, Tamarin and Le Morne.  Further inland you’ll find the Valleé de Ferney, in the central part of the island, which is home to one of the world’s most endangered raptors: the Mauritius kestrel.  It also has a beautiful old sugarcane factory, a 400-year-old forest and some impeccable hiking trails (with the bonus of a lovely local restaurant nearby!).  In the south-west, found in Chamarel, is an entrancing display of different colours of sand called The Seven Coloured Earths.

Aside from Eden-esque landscapes and outdoor activities, Mauritius also allows visitors the opportunity to step back in time in a most magnificent fashion.  Maison Eureka, is a wonderful example of this.  Located in the north-west, a mere 10 minutes from Port Louis by car, it is a  perfectly preserved creole mansion built in the 1830s and adorned with antique furniture and manicured grounds.  In Port Louis itself is also the famed Blue Penny Museum and the sunshine-coloured Natural History Museum.  The former of the two is dedicated to the world-famous Mauritian one-penny and two-pence stamps of 1847.  In fact, central to the museum is a collection showing two of the world’s rarest stamps.  Though it also boasts other interesting artefacts like ancient maps and art and also documents the history of exploration and colonial periods of the island.  The latter also contains some fascinating early maps of the island and paintings of Mauritius’ original fauna – including, of course, the Dodo.  In addition, it holds incredible treasures from old Spanish and British shipwrecks.  Aapravasi Ghat, the ruins of an immigration depot from the period of indentured labourers under the British as well as Le Morne Cultural Landscape, a refuge for runaway slaves in the 18th and 19th centuries have both been designated UNESCO World Heritage Sites.  They, too, are worth a visit.