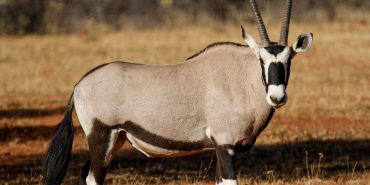 Despite the exceptionally arid conditions across the majority of Namibia, there is actually a variety of wildlife, as well as important fauna and flora, that survive across the country.  It has two global biodiversity hotspots – the Sperrgebiet in the Succulent Karoo Biome and the Namib escarpment zone – as well as four Ramsar Sites of international importance.  In addition to this, along the coastline, lies the Benguela Current Large Marine Ecosystem with cold, nutrient-rich waters that sustains abundant shoals of fish and other marine and birdlife.  Thus there are different ecosystems matching the range of landscape; sea, desert and savannah.

Namibia is famed for being home to the largest free-roaming cheetah and black rhino populations.  And, in addition to this, it is one of only two countries where you can find desert elephants.  Although not a separate species they have adapted to their environment and have small body masses, longer legs and larger feet.  Rumour has it, that they are even known to slide down the dunes in order to reach water!  Damaraland is the perfect place to see these desert elephants, as well as lions and the free-roaming rhinos.  Our Desert Elephant Volunteer Project, located here in Damaraland, is based on researching and working with desert elephants and it really lets you enjoy observing these magnificent creatures on a close and personal basis.  If you want to further explore the wildlife around the area there are a number of national parks dedicated to preservation, such as Etosha National Park, Bwabwata National Park and Nkasa Rupara. 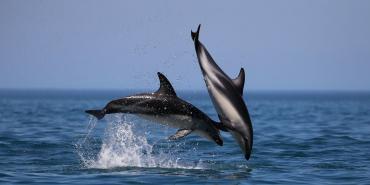 It is interesting to note, that although much of the desert reflects the typical biodiversity of a dry and dusty landscape, in the south (and extending into South Africa) is the succulent Karoo, mentioned a moment ago.  It has the world’s richest variety of succulent fauna and the botanical diversity is unparalleled.

Did you know the constitution of Namibia is the first to include provision for environmental protection?  One of the methods for achieving this has been the establishment of communal conservancies.  A conservancy is a communally owned and managed area where people have pooled their resources in order to manage, utilise and benefit from their wildlife and other natural resources. They allow people to diversify their livelihoods beyond normal farming and provide a great incentive for sound natural resource management.  They have proved a valuable way of preserving, and even improving, the impressive biodiversity in the country.  This programme blends well with rural communities commitments to caring for wildlife. 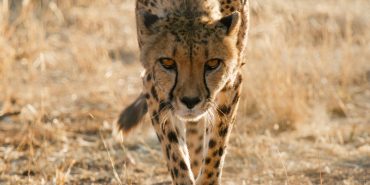 Yet, there are still important threats that continue to be of concern throughout the region.  Similar to those across other parts of southern Africa, particularly in the more arid regions, is the problem of climate change.  Increasing temperatures and inconsistent rainfall are placing incredible pressure on the availability of natural resources and making agricultural productivity difficult.  It also contributes to the problem of wildlife, who are searching for water and food sources, pushing into human settlements.  This causes conflict between animal and human populations and further affects agricultural production as farmers face the loss of crops and livestock and the breakage of equipment.  Other causes of concern for biodiversity include unsustainable water practices and habitat loss caused by mining in ecologically sensitive areas.  Despite the achievements of the communal conservancies, there are worries that if wildlife is not recognised by policymakers to be as important as livestock and crops, then Namibia is at risk of being developed unsustainably.  Volunteer projects like those offered in Namibia, based on research and conservation, are an important part of sustaining awareness and commitment.