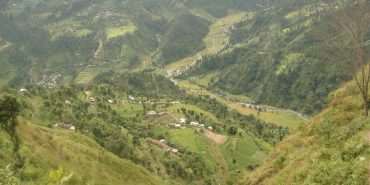 With such magnificent and diverse terrain, from subtropical rainforest to alpine desert, Nepal has some incredible biodiversity on display.  In fact a total of 118 ecosystems have been identified in different physiographic zones across the country.  There are as many as 175 different kinds of mammals, at least 800 kinds of birds (half of which can be seen in and around the Kathmandu valley alone), 147 reptile and amphibian species, 180 species of fish, 640 species of butterfly and above 6000 species of moth.  In addition to this, there are over 6500 species of flowering plants, over 1500 fungi species and over 350 lichen species.

Found in Nepal’s dense Terai jungles are exotic animals like the Asiatic elephant, the one-horned rhino and the Royal Bengal tiger.  There are also an array of mammals like the leopard, monkey, langur, hyena, jackal, wild boar, antelope, wild cat, wolf, sloth bear, chital or spotted deer and barking deer.  Wild buffalo locally called ‘Arna’ are found in the Koshi Tappu region, in the western Terai jungles of Suklaphanta you can find swamp deer and in the Bardia region there are the endangered ‘blackbucks’.  Nepal even has its own variety of dolphins found in the fresh waters of the Narayani and the Karnali rivers and the Himalayan region is home to the elusive snow leopard and red panda.  The country also has two indigenous species of crocodile: the fish eating gharial with the long narrow snout and the marsh mugger which is omnivorous, eating anything it can catch.  Some of the species on this list are under threat or endangered (as mentioned below) and, despite protected areas, require constant awareness to ensure that, in the long term, they are not lost. 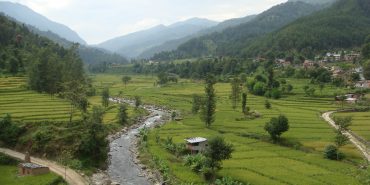 Globally significant wildlife species such as the Bengal tiger, greater one-horned rhino, Asian elephant, gharial, Gangetic river dolphin, giant hornbill, snow leopard, red panda and musk deer are threatened.  Many of the key threats include: encroachment/fragmentation and degradation of habitat, poaching and illegal trade of key wild animals and plants, the unsustainable use of natural resources, the spread of invasive alien plant species, human-wildlife conflict and climate change, though there are also additional concerns that also require addressing.