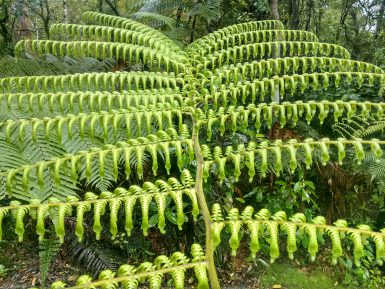 Original habitation of what is today New Zealand began between 1200 and 1300 AD, with settlement by Polynesians from Eastern Polynesia.  It is a young country, both geologically and with regards to human arrival, and in fact was the last habitable place in the world to be discovered.  A Dutch explorer landed in 1642, leaving the country with its Dutch sounding name – Nieuw Zeeland.  Yet it wasn’t for another 127 years that the country was again visited by Europeans: this time, the British Captain, James Cook.  Traders, whalers and sealers descended on the island and in 1840 Māori chiefs signed a treaty with the British crown to curb lawlessness.  Did you know, the term ‘Māori’ didn’t actually exist until the Europeans arrived?  It actually means ‘ordinary’ and Māori used it to distinguish themselves from the new, fair-skinned settlers.  The rest of the century was characterised by conflict between Māori and settlement forces, though it began to thrive off British government investment and became a key supplier of meat, butter and cheese for the Crown.  The mix of indigenous and foreign influence is today evident in the range of beautiful Māori historical sites and colonial architecture.

Declining the chance to join the Australian Federation in 1901, the country became independent in 1907.  New Zealand sent troops to fight in both World Wars and it was during the First Great War that a 1915 landing in Turkey gave birth to the tradition of ANZAC (Australian and New Zealand Army Corps): a pride in New Zealand’s military achievement and its special relationship with Australia.  It is commemorated each year on April 25th: ANZAC Day.  Today the country is a stable parliamentary democracy with a constitutional monarchy. 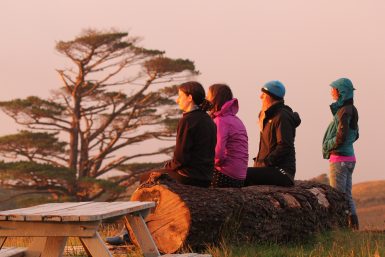 New Zealand has a rich and interesting culture which show the influences of Māori and European influences (also called Pākehā culture).  In fact, many places in the country have been christened with two names – one English and one Maori and they are often used interchangeably.  A low population density is also often remarked to give New Zealand the feeling of a close-knit community.  And alongside its incredible natural beauty, the sense of friendliness and family is an unavoidable part of the Kiwi culture.

Māori influence in the country is evident across a number of cultural aspects.  For example, the traditional Māori dance, the Haka, has become well-known for its performance by the Kiwi rugby team, exuding a strong sense of pride.  Kiwi music often incorporates Māori chanting tunes, dances and musical instruments as traditional Māori music featured monotonal and harmonic chanting.  Māori arts, including sculptures, woven items, and carvings made from various materials and the oral tradition of storytelling are also found across museums and towns.  English culture blends with this: adoption of European styles and instruments has led to the rise of the contemporary Māori music and genres such as jazz, pop, hip-hop and rock and roll are also prominent.  Much of the major literature developed stems from European influence and Christianity has become another important part of the cultural scene. 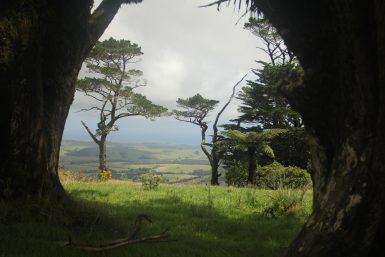 The cuisine also sees this blend of Europe and Indigenous: Māori traditional food centers heavily on sweet potatoes, fern roots, birds and fish prepared with earthen ovens, roasting and steaming over natural hot springs and pools.  You have to try traditional Maori hangi which involves meat and vegetables slow-cooked in an underground oven and Kumara (the incredibly delicious local sweet potato).  There is also the unique ‘Kiwi burger’ which includes the interesting mix of beetroot and fried egg.  Aside from this, seafood dishes are everywhere – including Kiwi favourite, crayfish, Kina (sea urchin), whitebait fritters and paua (a delicacy of large sea snails).  You might also recognise paua shells which are often used in jewellery and other decorative souvenirs.  For all sweet tooths you can also check out Jaffas (small sugar-coated chocolate balls with an orange flavour to them), Pavlova, Manuka honey (which is renowned for its medicinal purposes) and Hokey Pokey ice cream (characterised by caramelized honey comb).

Outdoor adventures are an important part of life in New Zealand and so there are some incredible sites to visit.  There is Cape Reinga, the end of the road both literally and figuratively and the place, in Māori tradition, where the spirits of the dead depart the world, making it the most sacred site in all of Aotearoa.  There is the wide expanse of Arthur’s Pass National Park filled with alpine wilderness.  There is Te Matua Ngahere (The Father of the Forest), a giant kauri coniferous tree in the Waipoua Forest of Northland Region.  There is One Tree Hill, the volcanic cone that was the isthmus’ key pā and, at one point, the greatest fortress in the country.  And there are many more, all indicative of the strong connection Kiwis have to nature and the outdoors.