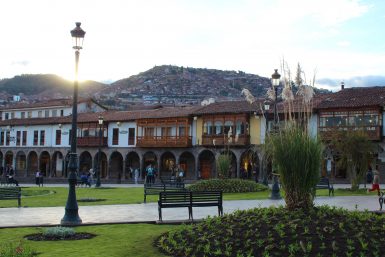 There is evidence that human habitation stretches as far back as 8000 BC in the region, however organised village life is apparent only from around 2500 BC when Peruvian civilisations really began to develop.  This started with the cultures of Chavìn and Sechìn, the former known best for their stylized religious iconography, which included striking figurative depictions of animals like jaguars and the latter for their military hegemony.

Following their fall, there came the rise of a number of distinctive regional cultures, including the Saliner and the Paracas.  Yet these were all to be overshadowed by the Inca Empire which dominated the region from 1438 to 1532.  At its height, the Incas controlled a vast territory of almost 1 million square kilometers – a dominion that extended from northwest Argentina to southern Colombia. The Incan capital, at Qosqo, was undoubtedly the richest city in all of the Americas, with temples literally sheathed in heavy gold plate.  Unfortunately, a wave of smallpox and the arrival of the Spanish would reduce the empire to a colonial asset of the European power.

Revolt and reform characterised the next few centuries and in the late 18th and early 19th centuries, the country experienced a period of intellectual development, the result of influence from European Enlightenment.  Subsequently, independence movements across the region picked up and Spanish power was fully broken in the 1820s.  However, movement to a modern state proved challenging and the country faced serious struggles, problematic democracy, dictatorship and military rule.  Today, the country strives to make its civilian democracy, in the form of a unitary semi-presidential representative democratic republic, transparent and accountable. 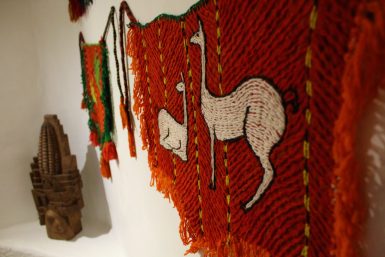 Peru’s population of about 23 million is divided almost equally between the highlands and the population centres of the coast.  The division also marks a sharp cultural divide: the inland regions are marked by extreme poverty and subsistence agriculture, while the fertile river valleys of the lowlands have produced a wealthier, more cosmopolitan culture.  Spanish and Quechua are noted as the official languages, however, a number of indigenous dialects are also spoken across the country.  Spanish and Catholicism have historically provided a zealous sense of national belonging and cultural identity.  Yet prior to the establishment of proper roads and transport, Peru’s gruelling terrain made it difficult to establish national unity – thus there are still a number of regional differences. 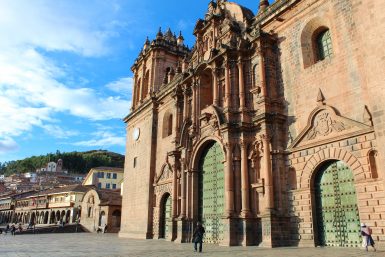 A blend of pre-Hispanic, Spanish and other immigrant populations have created a unique cultural heritage across the country.  Fine arts and crafts take inspiration from age-old traditions, producing some of the most beautiful clothing and textiles spun from alpaca and llama wool, intricate wood carving and dazzling gold and silver jewellery.  Did you know almost every weaving style known in the world today was invented by Peruvians?

The cuisine, famous worldwide, is enriched by multiple cultures, varying microclimates and a habit of experimentation with flavours.   Cuisine from the coast is based on seafood, dishes from the Amazon use fish available in rivers as well as lots of tropical fruits and Andean cuisine is based on potatoes and meat.  Some ancient cooking methods are still used today such as pachamanca: a hole dug in the ground and covered with hot stones where meat and potatoes are cooked.  A perhaps not so appetising dish, dating back to Ican times, is guinea pig – in facts about 65 million guinea pigs are consumed in Peru every year.

Another more delicious delicacy is Ceviche: fish marinated in ají (a hot sauce made mainly from spicy peppers, tomato, onions and lemon).  The pisco sour is Peru’s national drink and is made using pisco (grape) brandy, lemons, sugar, egg whites, and ice and is finished with Angostura bitters.  Complementing this palate sensation are the sweet sounds of flute and panpipes as well as Spanish strings.  The most popular dance is the huayno which is created with vigorous stamping of the feet and colorful costumes but national dance is the coquettish marinera which mimics the mating ritual of a bird.

Peru offers so many adventures to volunteers: from the very tip of the highest sand dune in the world (Sechura Desert) to the waters of Chicama and Pacasmayo, where record shows the longest, and best, waves for surfing are found.  In fact, evidence suggests that the tradition of surfing goes back over 2000 years.  Because of this, there is no chance of being left idle in the country. Our Community Development Programme offers you the chance to really immerse yourself in Peruvian history and culture, whereas our Forest Ranger Programme allows you to explore Peru’s famous Amazon rainforest.