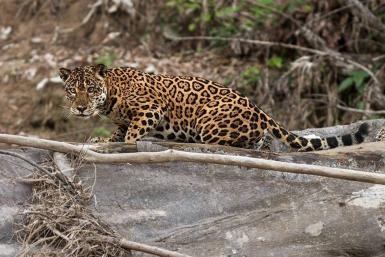 Despite being split largely into three geographical zones, Peru is an extremely diverse country with 11 ecological regions and 84 of the world’s 117 different types of “life zone”.  Stats-wise, Peru has the most fish species globally, with close to 2000 (about 10% of the world’s total), there are 460 known mammal species (making it 3rd in the world) of which 46 are threatened and there are 695 known breeding bird species (again placing the country as 3rd in the world) of which around 5% are threatened.  In addition, it is estimated that the country is home to around 25,000 plant species (10% of the world total).  Some endangered species include the Andean Titi Monkey, the Andean Mountain Cat and the Yellow-tailed Wolly Monkey. 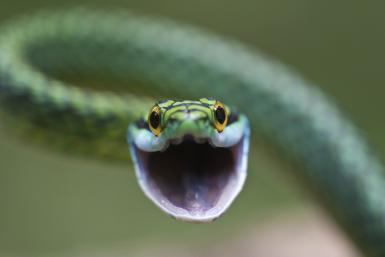 he country has some unique national animals: like the vicuña, a small camelid like the alpaca or llama which has the finest wool for weaving, which comes in 22 natural colours.  And it holds some impressive records: like the maximum number of birds sighted in one place (650) and the greatest number seen in a single day (361); the world’s tallest flowering plant, a bromeliad (Puya raimondii), relative of the pineapple which can take up to a century or more to bloom; the world’s richest river in terms of biodiversity (the Amazon River) and; the world’s largest flying bird (the condor (Vultur gryphus)), native to the Andes and standing up to 4 feet high with a wingspan of 10 feet.  This later species was, in fact, considered a sacred bird by the Incas, but is now listed as “vulnerable” by the World Conservation Union.  A detailed list of mammals, reptiles and amphibians found in the Amazon Basin can be found here. Peru also has 3 500 varieties of orchids, and it is estimated that only 50% of the species have been identified as of yet. You can help protect this beautiful biodiversity on our Forest Ranger Programme. 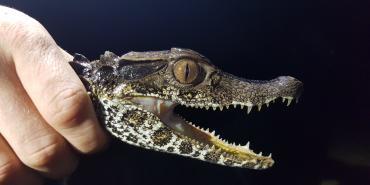 There are 63 natural areas protected by the government: National parks, reserves, natural sanctuaries, historical sanctuaries, wildlife refuges, forest, communal reserves and hunting zones.  But threats are also increasingly concerning when it comes to habitat, and despite optimism for the future, attention is still required for pressing issues.  Tropical rainforest is threatened by deforestation from logging, oil drilling, mining, gas extraction, expansion of farming land and extraction of other natural resources. Chemical spraying in order to eradicate coca plants is another source of deforestation that affect the local flora and fauna.  The main threats to Peru’s mountain and forest ecosystems are land use change, climate change, the deforestation described above and extractive activities. The main threats to its continental water ecosystems relate to pollution, degradation, damming and overfishing.  Fishing is one of the most important sectors for the Peruvian economy and in terms of volume landed, the country is ranked among the main fishing nations in the world.  However, there are signs that some species are being overexploited (such as in the case of the Peruvian hake which is now a regulated fish).  Further reading on conservation initiatives taking place in the Amazon Basin can be found here.

Our volunteer in Peru projects focus on research to further conservation efforts in the regions; the goal is to come up with management strategies based on data results and to educate volunteers so they can be ambassadors around the world for research, conservation, and education.  The volunteer programmes available offer the opportunity to work on specific conservation for, say, mammals, permaculture, primates, archaeology and more.  They open the space for engaging closely with all the biodiversity described above.