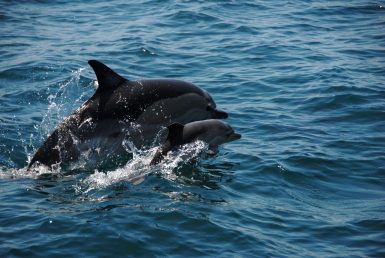 Despite its relatively small size, Portugal plays host to a variety of natural parks and spaces where a range of wildlife and biodiversity thrives.  Geographic and climatic variation mean that fauna and flora are offered a range of habitats in which to flourish.  On the mainland these include dune habitats, the rocky cliffs, the marshes in estuary and lagoon systems.  Also of particular significance are the Azores and Madeira archipelagos, the Portuguese territories located off the coast.  It is here that volcanic origin and specific climatic influences create habitats that foster a unique nature. 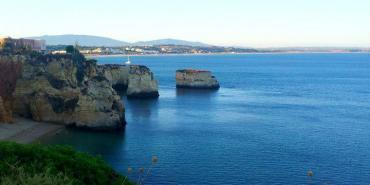 The country shares many of its native species with Spain and is similarly a mix of European and North African types.  Some of these native species, of which a few are endangered, include the Iberian wolf, the Iberian lynx, the white stork and the man o’ war.  Small mammals are prominent across the country and include the rabbit, weasel, ferret and various types of bats.  Birds such as the woodcock, red partridge, quail, and snipe can also be found across the regions as well as a variety of creatures like bullfinches, lizards, dolphins and whales.  Interestingly, the variety of beetles and moths are remarkable in Portugal with 700 and 100 species respectively.

Like its neighbour, some of the main threats to the biological diversity of Portugal include: alteration or destruction of habitats; pollution; overexploitation; invasive alien species; urbanization and fires.  A significant proportion of the country’s species are threatened and require a great amount of attention to prevent any irreversible damage or loss.  Species that are considered threatened at the European level and that occur in Portugal are found mostly in rocky areas, forests and wetlands. These ecosystems require particular attention in order to ensure the habitats of the sensitive species remain intact.  A specific concern is in the Mediterranean region, where there has been regression of populations and habitats of some endemic species.  Our volunteer project in Portugal focuses on marine ecosystem and research, working at sea to actively play a role in the future conservation of marine habitats in the country.