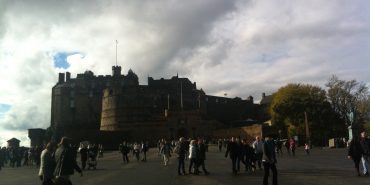 With a rich history of occupation, innovation and culture there is a lot to be said about the small nation.  It has been enriched by multiple contacts owing to the mobility of the Scottish people since the Middle Ages, the hospitality of Scotland’s universities to foreign students and immigration across the centuries.  There is also a considerable amount of conflict and power struggles that characterise the country’s history.  In fact, the poet Sir Walter Scott, wrote in the 19th century: “I am a Scotsman, therefore I had to fight my way into the world”.

Romans, Celtics from northern Ireland and later, Vikings were all important characters in Scotland’s early history.  In the 11th century the Scottish nation and dynasties came into their own with kings like Macbeth (immortalised forever in Shakespeare’s fictitious retelling).  The 13th and 14th century are characterised by bloody struggles for independence culminating in The Declaration of Arbroath, though largely symbolic, it is said to have later inspired the founding fathers of the United States.  Did you know 61% of US presidents have been of Scottish or Scottish/Irish descent?  The Scottish Renaissance in 1450 had a significant impact on cultural life and saw education, intellectual life, literature, art, architecture, music and politics flourish.  One of the oldest universities in the world, the University of St. Andrews, was established in 1410.  Catholic-Protestant conflict was rife through the era of Mary Queen of Scots, but after the death of Elizabeth I (with no children), James VI succeeded to the English throne at the beginning of the 17th century and became James VI & I – a historic move that’s now known as the Union of the Crowns.  1707 made the union even tighter by establishing a single parliament in Westminster.  The 18th century, however saw great tension and conflict between Scottish independence fighters and the British – marked by the Jacobin Battle of Culloden in 1746 and attempts to remove separate Highland identity.  The themes of Scottish independence echo through to today, with an extremely close referendum for independence held in 2014.  The country, however, still remains in union with the UK. 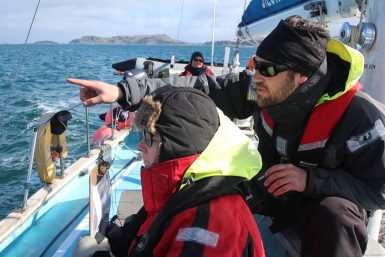 The Age of Enlightenment was felt strongly in Scotland, with important figures like Thomas Hobbes, David Hume, Adam Smith, Robert Burns and Sir Walter Scott still celebrated for their achievements.  Scots also played a vital role in many of the world’s most important scientific and technological innovations, with inventors, engineers, and entrepreneurs such as Alexander Graham Bell, James Watt, Andrew Carnegie, and John McAdam.  World-renowned creations extend to the most recent times too – cultural gems like Braveheart and Trainspotting helped cultivate Scottish expression, J.K Rowling wrote the phenomenon Harry Potter in Edinburgh and in 1997 scientists from the Roslin Institute successfully cloned the first mammal from an adult cell, Dolly the Sheep.

Since the 18th century, English has been the main language of the country, however there are still a number of prominent local dialects.  There is also a considerable amount of national pride and many Scottish traditions are filled with a vibrant liveliness that will instantly put a smile on your face.  Take, for example, the over 60 Highland games that still take place annually in summer or the spirit-lifting bagpipes displays which you can get a taste of every August at the Royal Edinburgh Military Tattoo and on Glasgow Green.  If you’re looking for a quieter way to engulf yourself in the magnificent history of the country, you can visit one of the multiple museums and galleries which hold an abundance of treasures.  They are littered across many of the major cities, like Glasgow, Dundee, Edinburgh, Aberdeen and Perth along with some magnificent examples of architecture: like Glasgow’s Clyde Auditorium theatre (or ‘Armadillo’) and the iconic Glasgow Riverside Museum: breathtaking with its striking wave outline and clear glass façade or, in Edinburgh, the Scottish Parliament Building, the National Museum of Scotland and the magnificent glass-fronted Edinburgh Festival Theatre which boasts the largest performance area in Scotland and second largest in all of the UK.  Traditional food and drink will warm your belly during frosty days; try favourites like haggis, original porridge, whiskey and ales and scones and shortbread.  Abundant nature also helps create some of the best dishes like Aberdeen Angus beef, Stornoway Black Pudding, Arbroath Smokies and Shetland salmon.