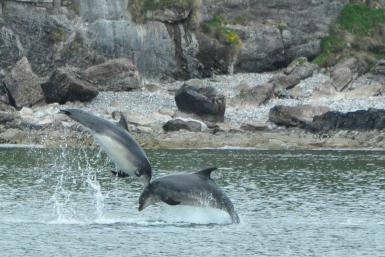 Scotland has some renowned biodiversity.  It is home to a tremendous amount of species scattered across its mosaic of landscapes, many habitat and species are also noted as internationally important and are increasingly protected.  Some stunning sites include the beautiful bluebell meadows that carpet Scottish woodlands and fields in spring and the machair is famous for the flower-rich meadows which are spectacular also in the spring.  There are numerous National Nature Reserves (NNRs) across the country, covering a variety of habitats and species.

Some of the creatures inhabiting these beautiful spaces include mammals like badgers, deer, wildcats, foxes and red squirrel; birds like golden eagles (which have become a national icon), kestrels, peregrine eagles, grouse and woodpeckers and a number of fish, reptile and amphibian species.  Red Kites, a stunning bird of prey, were extinct in Scotland for over 100 years, but were reintroduced in the early 1990s and are now thriving again.  The country’s coastal and marine life is similarly teeming.  In fact, Scotland’s seas are among the most biologically productive in the world.  In them, you can find a number of different dolphin species (the bottlenose population being the most northerly located one in the world), porpoise and killer whales, as well as common and grey seals and birds like puffins, terns, gannets and guillemot nest along the coast.  Volunteering in Scotland on our Dolphin and Whale Research project will make you familiar with all these species and give you the opportunity to engage with the large bottlenose dolphin population.  Along rivers and lakes, you can find the kingfisher, heron and dipper as well as otters, water voles and almost 400 distinct species of Atlantic salmon.  An estimated 14,000 species of insect, including rare bees and butterflies, protected by conservation action plans, also inhabit the country. 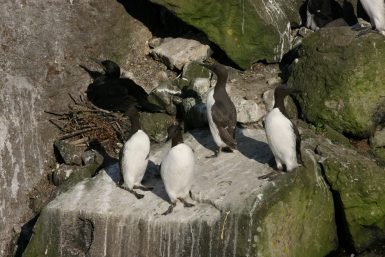 There are a number of threats that are concerning to Scotland’s wildlife and biodiversity.  A massive problem continues to be the effects of climate change, which endanger a number of important habitat with drastic change in condition – this, of course, has a knock-on effect on the valuable species that rely on these environments.  Plants, bees; butterflies; and seabirds are of specific concern as well as many marine species due to warming sea temperatures.  Also concerning are, specifically in the lowlands, poor farming and foresting practices, which can threaten surrounding wildlife and the growth of invasive non-native species.