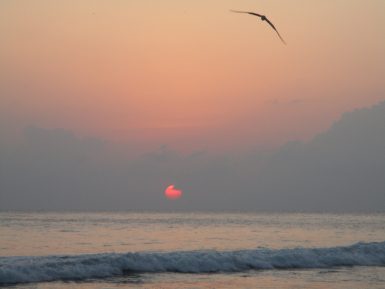 Located in the Indian Ocean, around 1600 km of the coast of Kenya in East Africa, the small island nation of Seychelles is made up of 115 tropical islands.  This archipelago is comprised of islands of granite and islands of coral.  The Granite group, which are the inner set of islands, are the oldest mid-oceanic islands in the world.  The outer islands are much younger and more recently formed, and are largely low lying coral formations.  There are around 41 Inner Islands and 74 Outer Islands.  The land mass of this island nation is set in what is known as an Exclusive Economic Zone (EEZ). The EEZ spreads across 1.4 million square kilometres of combined ocean and land mass.

The granite islands are predominantly found to have narrow coastal strips that rise up to a central range of hills, some as high as 940m above sea level.  They are made up of a combination of boulders, rocks and fertile land.  Most of these inner islands are also surrounded by coral reefs which support a diverse sea life population.  Around 98% of the population reside on the inner islands, with around 90% on the biggest, Mahé, and around 8% on two other large islands, Praslin and La Digue.  The projects offered in Seychelles all take place on a small inner island, Cousin Island, just off the south-west coast of Praslin.  It is largely flat and covered with indigenous woodlands encircled by long sandy beaches. 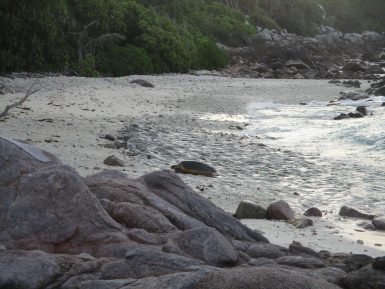 The outer islands, are low-lying, rarely rising a few metres above sea level, and are largely uninhabited.  They have no fresh water sources, though some are covered by vegetation which is beneficial as breeding grounds for small wildlife.  They are also protected from tourists to prevent unintentional damage to the valuable ecosystems.

The climate of the islands is tropical, with little differentiation between seasons and relatively stable temperatures.  The country does not experience extremes of either kind.   The temperature rarely drops below 24°C or rises above 32°C.  Rain can largely depend on which island you are on, but for the most part, the rainy season falls between December and March, due to a northwest monsoon.  Humidity is higher during these months, sometimes exceeding 80%, and the sea is often calmer.  This rainy season, although characterised by evening thunderstorms or downpours, can also bring cloudy days and less sunshine.  The cooler and drier months lie between June and September, although rain can occur a few times throughout this season too.  The wind picks up in these months and brings with it livelier seas, particularly on eastern and southern coasts.  Being so close to the equator, the day lasts around 12 hours all year around, though the sunset comes quite early, between 6 and 6:30 pm.  Cousin Island, where our Seychelles Island Conservation Volunteer Programme takes place, has the climate described above and sea surface-temperatures range between 28ºC and 31ºC.