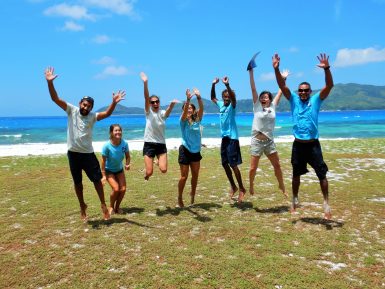 Located not far from other islands like Mauritius and Madagascar, Seychelles has a place in the Indian Ocean trade routes and the exploration trips of Asian and European sailors.  Although the earliest settlement can only be traced back to 1770, a few of the islands were come across much earlier by various groups including Arab, Portuguese and British sailors.  Even the famous Vasco de Gama noted the islands during one of his exploration trips.  Did you know, during the 17th century, Seychelles also became the ideal place for pirates to anchor their ships and hide their treasures after looting wealthy trading boats.  In fact, it is believed that the infamous pirate Olivier Levasseur hid a treasure worth more than $160,000 that remains unfound.  Settlement, however, was first led by the French (a group including Whites, Asians and Indians) and the island, named after France’s minister of finance, Moreau de Séchelles, was held by them until Napoleon’s loss in the war against England.  After this, it was ceded to the British Crown.  During their rule the population grew to around 7000 and important products were established, including coconut, food crops, cotton and sugarcane.  Among other interesting developments, during WWII, the archipelago became a backup supply base for the allies. In 1976 Seychelles gained its independence, joining the commonwealth, and after a period of single-party socialist rule, it became a multi-party system in 1993. 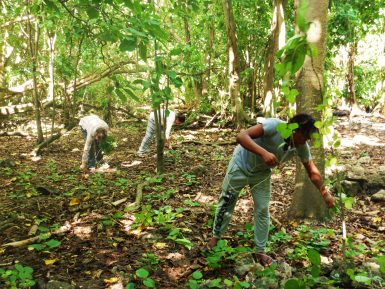 Due to intermarriage, the heritage and ethnic makeup of most of the population in the country is mixed.  It’s a combination of early French settlers, their African slaves, exiles from France as well as smaller numbers of people from China, India and Malaysia.  The constitution recognises Seselwa (Creole), English and French as the national languages and the majority of the population is Roman Catholic.  The blend of traditions can be found in cultural activities like the dances of séga and the moutya, which mirror traditional African customs.  It is also, most deliciously, found in the food culture, with flavours being influenced by African, French, Chinese, Indian and English cooking.  Seafood and chillies are key staples of the cuisine, and meals are traditionally very fresh, given transport limitations.  Tangy, sweet, rich and spicy combinations, Seychelles food boasts some tantalising dishes, including; roasted, grilled, fried, curried or raw fish served with chatini or cooked vegetables including pumpkin, green mangoes or eggplant.  Other popular dishes are tamarind chutney, coconut fish curry and shredded green papaya salad.  Coconut, breadfruit as well as spices like ginger and garlic, are also traditional bases and consistently form a part of local meals. 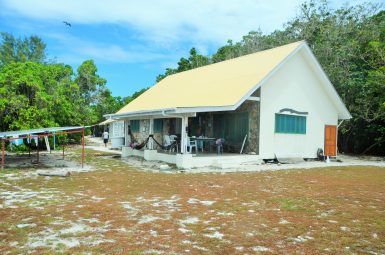 Of course, being on some of the most beautiful islands in the world, there are a number of natural attractions that draw travellers to the area.  Seychelles is home to two UNESCO World Heritage Sites: the legendary Vallée de Mai on Praslin, where the wondrously shaped Coco-de-mer nut grows high on ancient palms.  This is one of only two places where you can see these nuts, which produce the largest seeds in the world.  It also has wonderous hiking trails through primeval, emerald-tinged forests and bird watching opportunities.  The second site, the fabled Aldabra, is the world’s largest raised coral atoll.

Anse Lazio and Anse Volbert on Praslin, the island closest to where the projects take place, are two picturesque beaches offering snorkeling, swimming and a glimpse of paradise.  Anse Source d’Argent, found on La Digue, offers similarly mesmerising white sand and emerald waters, and also has impressively naturally sculpted granite boulders.  On the east coast of the main island, Mahé, you’ll also find Takamaka Bay, the island’s main rum distillery which offers tours and grants the opportunity to sip on the alcohol under majestic palm trees.  Also on the main island, you’ll find a vibrant and bustling market located in the capital city Victoria, which is not difficult to navigate given that it is the smallest capital in the world.  Here, amongst the variety of stalls, you can purchase trinkets, as well as few spices to take the taste of the nation home with you.