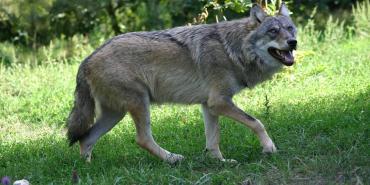 The beautiful landscapes in Slovakia are alive with some equally beautiful biodiversity.  There are some wonderful natural parks: The National Park, Slovak Paradise (Slovenský Raj), is situated in the eastern part of the country and in the central region is Nízke Tatry National Park.  The region also currently has 14 sites designated as Wetlands of International Importance (Ramsar Sites).   With such an abundance of forest and woodland, it is no surprise that the country has an incredible array of bird species.  Some of these include the ural, pygmy and tengmalm’s owls, woodpeckers, black storks, lesser-spotted, imperial and golden eagles, black grouse, red-breasted flycatcher, nutcracker, common rosefinch and the enticing wallcreeper.  In the fertile lowlands, particularly around the Danube floodplains you can also find birds such as the white stork, Syrian woodpecker, short-toed treecreeper, red-backed shrike, golden oriole, and warblers.  In the forested mountains brown bears, lynxes and wolves make their home.  If you come to volunteer in Slovakia, you can join our Wolf and Lynx Tracking Project which focuses on the latter two and offers the opportunity to immerse yourself in the deep wilderness; learning tracking, nature signs and about the plight of the mythical wolf.  In certain landscapes you can also find the charming chamois and marmots as well as various species of butterfly and dragonfly. 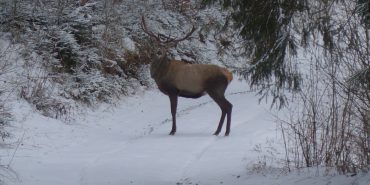 Habitat loss, fragmentation and degradation are the most significant threats.  Species that are considered threatened at the European level and occur in Slovakia are found mostly in forests, wetlands and grasslands. These ecosystems require particular attention in order to ensure the habitats of these sensitive species remain.  Along with the migration of insects, new pests are increasingly found in the country and the expansion of invasive fish species is another serious problem.  Mammal populations are also highly threatened mainly by livestock farming and ranching, invasive and other problematic species and agricultural and forestry effluents. Hunting and trapping, also pose serious threats to mammals in the country.  An important part of conservation efforts for brown bears, lynx and wolves are to reduce conflict between large carnivores and local populations and to provide support for those who struggle with these clashes.