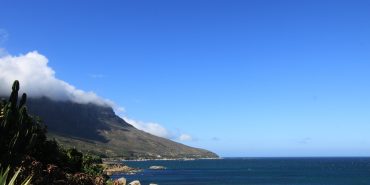 Geographically South Africa is the at the southern tip of the African continent and bordered by Namibia, Botswana, Zimbabwe, Mozambique and Swaziland (the Kingdom of Eswatini), as well as both the Indian and Atlantic Oceans.  Interestingly, there is a place in Cape Town where you can see the two waters meet, creating a visible line.  There is also an independent country within South Africa: Lesotho – or more officially, the Kingdom of Lesotho.  The interior of the country is largely wide savannahs/bushland and mostly dry (although also witness to some incredible thunderstorms).  The coast is made up of much more lush, tropical vegetation and more humid conditions.  Did you know South Africa is also home to 23 designated Ramsar Sites which are wetlands of international importance?

The country has more than one capital, depending on who you ask.  Cape Town is officially the legislative capital, Pretoria is the executive/administrative capital and Bloemfontein is the judicial capital (and also the birthplace of J.R.R Tolkien, author of the Lord of the Rings series).  Johannesburg, the largest city in South Africa is often confused as a capital (particularly by ‘Joburgers’) though it is only the provincial capital of Gauteng.  It also has one of the largest man-made forests and is one of ‘greenest’ (by trees) cities? 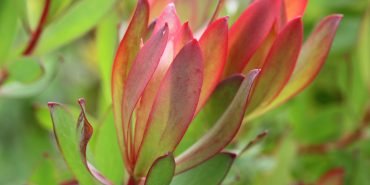 South Africa’s season changes are not as drastic as they can be on other parts of the world.  While the days do get shorter in Winter, it is only by a few hours and you’ll find these winters are considerably milder, particularly during the day.  Spring and Summer stretch from around September 1st to the end of February – with spring lasting till the end of November – and Autumn and Winter from March to late August with Autumn stretching till May 31st.

With that said, where you are in the country can also alter the weather you experience.  The northern and central parts of the country are considerably warm, even in winter, but can get quite cold in the evenings.  The Drakensberg mountains, in the south-east, experience snow in the higher parts.  These areas also experience drier winter months and rainy summers.  Along the coasts, the difference between evening and midday temperatures are less extreme and humidity is higher.  The southwesterly areas experience an almost Mediterranean climate, with wet winters and drier summers (although rain is more consistent throughout).  The easterly coast, specifically Durban, is often hot and humid, even through winter months.

All of our South African volunteer conservation projects take place along the southern coast of South Africa (two near to Cape Town and two to Plett in the Western Cape and two near to Port Elizabeth in the Eastern Cape).  Along this coast, the climate is mild and tropical, with lush vegetation and rains usually occurring throughout the year.