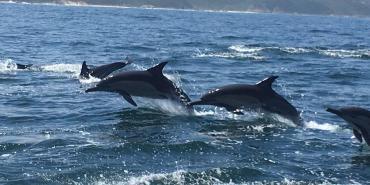 South Africa is famous for its wildlife and commonly cited, first and foremost, as being home to endangered rhino and the other members of the Big Five: elephant, leopard, lion and buffalo.  While true, these animals also share the country with a considerable array of other species from giraffe to hippo and from zebra to the endangered riverine rabbit.  Did you know, South Africa is the third most biologically diverse country in the world?  And its biodiversity is ranked sixth out of the world’s 17 megadiverse countries (which are countries who hold a majority of our planet’s species).  Despite the challenges like poaching and over exploitation, South Africa is a country dedicated to eco-tourism and finding ways to preserve and protect the natural inhabitants within its borders (and across Africa).  Sustainable development and protection of the environment are even enshrined in the constitution.  There are multiple parks and game reserves just for this purpose where you can help out as a volunteer – namely our Shamwari Big Five Game Reserve and Kariega Big Five Game Reserve volunteer programmes. 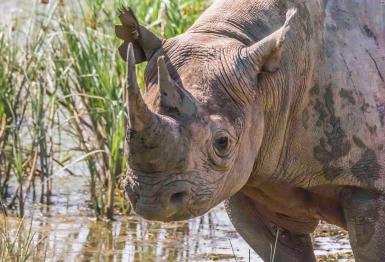 There are still considerable challenges facing the wildlife community in Southern Africa and NGOs’ efforts are crucial to combating these.  Some of the most serious concerns are the lion bone trade, rhino and elephant poaching for ivory and rhino horn and trophy hunting.  As of 20,18 South Africa has almost doubled the annual quota of lion bones exported, usually for traditional Chinese medicine.  Recent scientific papers show that between 2008 and 2015, the Department of Environmental Affairs (DEA) issued permits for the export of more than 5,363 lion skeletons.  In 2017, the DEA approved an export quota of 800 lion skeletons from captive-bred lions and this has now been increased to 1500.  The controversial ‘canned hunting’ continues to be legal and a 2014 article reported that trophy hunting is the most profitable form of commercial land use in the country.  Large revenue comes from trophy hunters, with an ‘elephant package’ costing U.S. $36,000 and rhino one up to $100,000. Rhino poaching, too, remains critical.  Despite poaching numbers dropping since 2014, the number still remains worryingly high, with 1028 the latest number recorded for 2017.  This still works out to almost three rhinos killed every day.  These problems require serious redress and people’s involvement and attention continues to contribute to moving towards solutions.