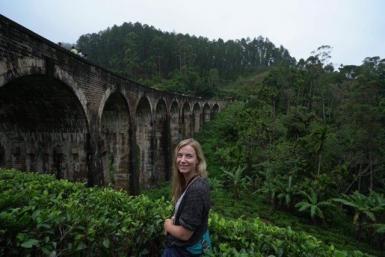 Human habitation of Sri Lanka is thought to have begun around the 6th century BC as Sinhalese people from the Indian mainland migrated to the island.  As Buddhism began to spread to the region, at least 300 years later, evidence suggests increasingly organised and coordinated societies of Sinhalese began to develop – largely in the northern regions.  These groups, however, were pushed increasingly south as invasions from the southern Indian regions became more common in the 1st century.  More migrations around the 3rd century saw the Tamils, now the second largest ethnicity on the island, establish predominantly Hindu influence in northern regions – with continual conflicts occurring with the Sinhalese in the south.  With such strategic importance in terms of Indian Ocean trading links and potential for the spice trade, Sri Lanka came to the attention of Europeans in the 16th century, with the Portuguese establishing control of the coastal regions in 1505; spreading Catholicism where they could.  Switching quickly between Dutch and then British powers, after considerable fighting, the British established formal control in 1815 creating the Crown Colony of Ceylon; a name which lasted until 1972, despite independence in 1948.  Ethnic tension and conflict between Sinhalese and Tamils characterised the remaining century and stretched into the 2000s.  One very important aspect that differentiates Sri Lankan history is its view on women.  Women and men in Sri Lanka have been viewed equally for thousands of years from ruling the country to how they dress.  In fact, the world’s first female prime minister, Sirimavo Bandaranaike, was from Sri Lanka.  Today the country is continually working to repair divides under the framework of a semi-presidential representative democratic republic with a multi-party system. 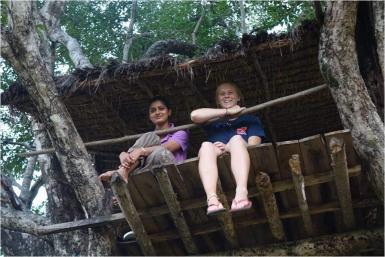 Known for its regional diversity, the country offers a unique blend of modern and traditional elements.  Religion, particularly Theravada Buddhism, plays a considerable role in the southern regions with the north heavily influenced by south Indian traditions.  The country as a whole, however, shows evidence of the strong connection to India and southeast Asia as well as hints of British, Dutch and Portuguese stemming from colonial periods.  The country has a rich artistic tradition, with distinct creative forms that encompass music, dance, and the visual arts.  Traditional drum sounds, such as the Geta Beraya, Mridangam and Yak Beraya, fill music while sculpture and painting show the substantial influence of Buddhism.  Masks are everywhere, used traditionally in rituals, dramas, and for curing sickness and it is well worth a visit to Ambalangoda by the southern coast; famed for its mask industry.  Handicrafts display age-old techniques and help colour the markets across the country.  If you’re looking to get in some exercise aside from perusing these markets, then why not try out Angampora, a traditional form of martial arts, that combines combat techniques, self-defense, sport and meditation. 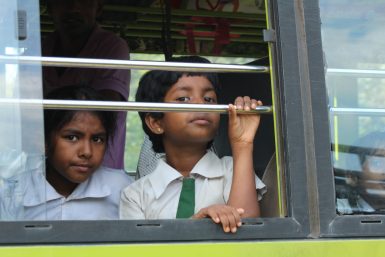 Influence from India can also be tasted.  Sri Lankan cuisine includes a hefty mix of spices and basics that are reminiscent of the closet mainland.  However, at the same time, there is a uniqueness that weaves its way through the food and timid eaters should be wary.  Fiery curries, sweet caramelized onion in seeni sambal (onion relish), and sour lime pickle are all dominant, powerful flavours that awaken senses and make their mark in people’s memories.  ‘Rice and curry’, in all its variations, is a staple on the island and the building blocks of most dishes are rice, coconut, and tropical fruits and vegetables.  “Short eats” are derived from the tidbits Europeans served with sherry at six o’clock in colonial times but today they’re everywhere: snacks served from midday onwards and encompassing far more than tea sandwiches.  These include Kotthu or kotthu roti (chopped up roti with various toppings); cutlets (deep-fried, breaded meat); spicy chickpeas served in a paper cone; empanada-like patties, and samosas with various spicy fillings.

Religious and historical sites abound, all equally filling those who visit them with a sense of wonder and serenity:  Parakramabahu I’s northern monastery is a group of beautiful Buddha images that probably marks the high point of Sinhalese rock carving.  Wellawaya, in the south, displays the beautiful, 1000-year-old, rock-cut Buddha figures which mesmerise tourists.  Polonnaruwa, in the north-central province, exhibits the Royal Palace ruins, the most concentrated collection of buildings you’ll find in the Ancient Cities.  In Trincomalee, along the east coast, you can find a revered temple, one of the country’s pancha ishwaram; the five historical Hindu temples dedicated to Shiva and established to protect the island from natural disaster.  And lastly, is the Buddhist temple in Anuradhapura, in the north, which dates back to the 1st century BC, and was the ceremonial focus of the 5000-strong Abhayagiri Monastery.  It is matched in scale only by the pyramids of Giza.