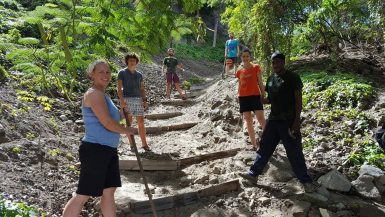 Sighted by Christopher Columbus in 1493, the island did not experience European settlement for a number of years.  However, once it did, it was a crucial part of the expanding Dutch Empire in the region; quickly becoming the most important transhipment port in the New World.  In fact, up to 200 ships could be anchored off its shores at one time.  The passing centuries saw continued struggle to control the land, as it passed between the British, French, Spanish and Dutch.  It actually passed hands 22 times between the 17th and 19th centuries.  In 1781 the island was laid bare by British revenge, due to its use as a supply port for the American War of Independence, but was quickly rebuilt by the Dutch and became apart of the Netherlands Antilles.  It gained partial independence from the Netherlands in 1954, though its position as a special municipality still grips a large part of political discourse on the island. 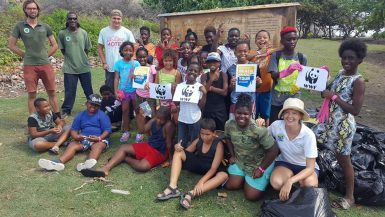 Just because it’s small, don’t assume the island isn’t bursting with just as much of that Caribbean flair that other places have become known for.  In fact, numerous days mark huge celebrations across the island, where everything, from the music, to the clothes, to the dancing, to the food, is vibrant and spirited.  On November 16th you can join ‘Statia Day’ filled with pump and frill; a day to reflect on Statia’s role in America’s history.  On December 15th is the Christmas White and Red parade including various dance groups, some wearing Santa costumes.  July 1st marks Emancipation Day, where the entire community come together to commemorate the abolishment of slavery; local food and drinks of Statia and other nationalities, including the Dominican Republic, Suriname, St. Kitts & Nevis and Guyana are showcased.  And for two electrifying weeks, from July 19 to July 31, carnival awakens, with line-ups offering a wide array of gifted artists.  All of this is not to mention the fact that every last Thursday of the month you can enjoy the atmosphere that is set-up at the Mike van Putten Youth Centre. The event is dubbed ‘Statia Taste of the Cultures’ and is a local favourite; bringing all cultures of the island together in a night of food and fun.  Among this food is the national dish: Goat’s meat, rice and peas with provisions.

The island’s interesting history has left the nation with some wonderful sites, such as Fort Oranje and the wide collection of archaeological artefacts at the St. Eustatius Center for Archaeological Research.  There is also the Historical Foundation Museum, which showcases the diverse history.  For the more active, diving and snorkelling as well as hiking opportunities abound across the island, which volunteers joining our conservation programmes in St. Eustatius take part in.  Tourism accounts for a large part of economic activity and is heavily tied to the natural displays and wildlife that the island is home to.