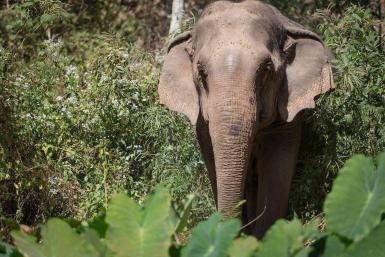 In the middle of Southeast Asia, Thailand is bordered by Myanmar, Laos, Cambodia and Malaysia.  In the south, the country narrows to a stretch of land that is bordered to the east by the Gulf of Thailand and the West by the Indian Ocean.  High mountains dominate the northern most border with Myanmar and stretch down to the southern border with Malaysia in a narrow strip.  Aside from this, the country has a fertile central plain dominated by the Chao Phraya River.  In the far west, the Khorat plateau is a mix of rolling hills and shallow lakes which drain into the Mekong River on the border with Laos.  Together, the Chao Phraya and Mekong systems sustain Thailand’s agricultural economy by supporting wet-rice cultivation and providing waterways for the transport of goods and people.  The south is dominated by mangrove swamps and stretching coastlines and offshore, a number of islands are dotted around – the most well-known of which is Phuket. 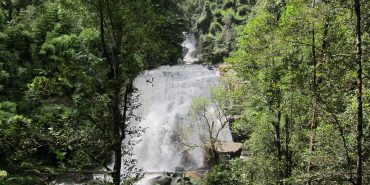 The climate of the country is dictated largely by monsoon winds which influence the three seasons:  The first is the rainy, or southwest monsoon, season which stretches from mid–May to mid–October and prevails over most of the country.  This season is characterized by abundant rain with August and September being the wettest period of the year.  This can occasionally lead to floods as well as cyclones.  Nonetheless, dry spells commonly occur for 1 to 2 weeks from June to early July.  Winter, or the northeast monsoon, starts from mid–October and lasts until mid–February.  Most of Thailand experiences dry weather during this season with mild temperatures, although certain southern parts receive abundant rainfall, particularly during October to November.  Summer, or the pre–monsoon season, runs from mid–February until mid–May and is characterized by warmer weather.  The mountains of northern Thailand tend to be much cooler and somewhat drier than the central plain and coastal regions.  The project offered is located in the these northern highlands close to Chiang Mai.  Here, temperatures peak in April in the mid 30℃ though throughout the year the maximums sit between high 20℃s-low 30℃s.  From around November to March minimum temperatures do drop, sitting around the mid teens instead of the mid-20℃s like during the rest of the year.  The wet and dry season in the region is in line with that described above.