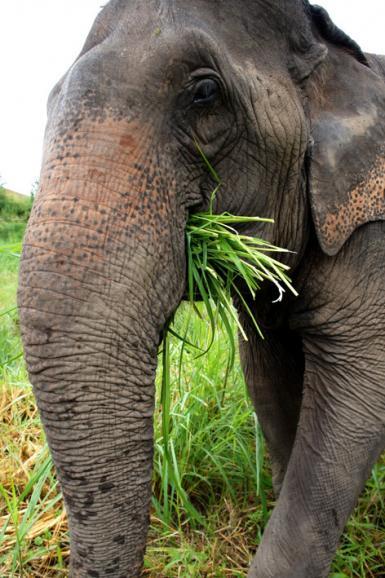 Thailand is one of the most biodiversity-rich countries in Southeast Asia as it falls between two major biogeographical zones: the Indochinese region in the north and the Sundiac region in the south.  There is a considerable array of mountain ranges stretching through the country and the river basins provide a hub for diverse fauna and flora.  In addition, Thailand contains around 15,000 plant species, representing 8% of the world’s total and forest area covers at least 33% of the country, with at least 18% of it under a conservation status.  Unfortunately though, Thailand has the second-highest rate of forest loss in Southeast Asia.  The country possesses unique coastal and marine biodiversity and along the coastline, mangrove forests are abound.  Interestingly the country also has the world’s largest crocodile farm and is home to the smallest mammal the Craseonycteris thonglongyai (the bumble bat).  Some of the most weird and wonderful species include: the agile clouded leopard (found mostly in the Khao Sok National Park); the asian elephants in Khao Yai National Park – the oldest national park and a UNESCO World Heritage Site; the Asian black bear (described as “the most bizarre of the ursine species”); the majestic Indochinese tiger; the agile gibbon; the Irrawaddy dolphin with its peculiarly short beak and the incredibly rare two horned rhino.  Our Volunteer in Thailand project is situated in an elephant sanctuary which relies on assistance from volunteers to help support the elephants at the sanctuary and to support its community development programmes.  It gives you opportunity to take part in activities like observing the elephants (hiking to see them in the forest/fields), preparing night food and enrichment for them, learning about the elephants and elephant welfare and helping with community projects and animal rescue.

Did you know, in 1999, 30 vets worked to heal a 38-year-old cow elephants’ foot, which had been destroyed when she stepped on a landmine in Thailand?  It set the record for the largest number of vets in one procedure.  This attitude toward animals can be found in certain groups of people in the country, however, there are still a number of environmental and wildlife concerns.  Threatened species are numerous, consisting of 121 mammals, 184 birds, 33 reptiles, 5 amphibians, 218 fishes and no fewer than 1 131 plants.  The number of wild elephants is between 1975 and 2380, wild buffaloes remain between 50 and 70, tigers between 200 and 500, while jaguars and bantengs remain at around 200.  In addition, the kouprey, eld’s deer and java rhino have not been reported in the wild for a long time.  Several wild plant species have been irretrievably lost, including some indigenous to the Toe Daeng peat swamp forest.  Furthermore, hundreds of thousands of wild orchids were poached between 2003 and 2005 and sold to orchid farms and collectors.  Along the coast, mangrove forests are threatened by illegal wood cutting, shrimp farming, construction of residential areas and industrial factories.  Beach forests have been heavily devastated due to tourism, community settlement and port activities and today, only a few lush beach forests exist in the country, most of which are located in the national marine parks.  Overall the importance of raising awareness around environmental protection is crucial and participation of volunteers in projects aimed at conservation of any type is continually necessary.