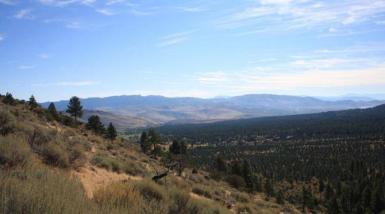 The United States shares its borders with Canada in the north, Mexico in the South, the Atlantic Ocean in the east and Pacific in the West, as well as the Gulf of Mexico in the southeast.  The country also has maritime borders with Russia, Cuba and the Bahamas in addition to Canada and Mexico.  Did you know the Canada-USA land border is the longest border shared by only two countries in the world?  Alaska borders the Pacific Ocean to the south and southwest, the Bering Strait to the west, and the Arctic Ocean to the north, while Hawaii lies far to the southwest of the mainland in the Pacific Ocean.

The United States is the third largest country by area and has a vast array of geographic variation.  By in large, the country is divided into hills and low, unbroken mountains (Appalachians) in the east; a wide central plain and high, rugged mountain ranges (Cordillera) with occasional river valleys in the west and north.  But this simple division is nowhere close to properly identifying all the diversity of the land – which you can further divide into 24 sub-regions.  Hawaii varies too, but is largely of volcanic origin.  Despite a large population, the size of the country means that population density is relatively low – ranging from full and bustling cities to wide stretches of all but uninhabited land. 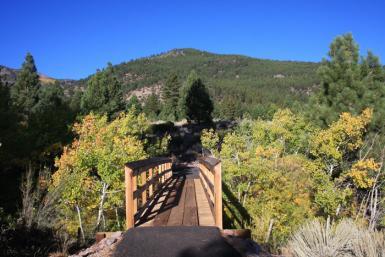 North Carolina has the Appalachian Mountains (including the Blue Ridge and the Great Smoky Mountains) in its western part, a central plateau and a low lying coastal plain covering almost half of the state.  The coastal plain is covered by thick forests of pines and other evergreens; due to the sandy soils, it is difficult for many deciduous trees to grow.  The easternmost portion of the state contains the Outer Banks (sandy islands that do not have coral reefs to attach to and thus are constantly shifting their locations). The Outer Banks are known as the ‘Graveyard of the Atlantic’ because numerous ships have been wrecked along their beaches and shoals due to storms and strong tides.

In Nevada, much of the northern part of the state is within the Great Basin; a mild desert that experiences hot temperatures in the summer and cold temperatures in the winter.  This is broken up with mountains and valleys which are home to lush forests and vegetation.  The southern part of the state is much lower and made up largely of desert (where you find the infamous Las Vegas).

California, which would be the eighth largest economy in the world if it were a country, is quite diverse geographically, it has fertile farmlands in the central regions (Sierra Nevada), as well as the Mojave desert in the south and also high, sometimes snow-tipped, mountains.

And, Oregon, which actually boasts the nation’s fastest talkers, has pristine lakes, mountains, rainforest and desert as well as a claim to the shortest river in the world: the D River. 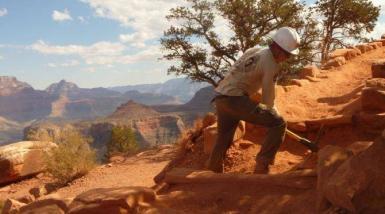 Given the vast range of landscapes and terrain, the climate of the States is similarly diverse.  As a general rule, the further south you travel the warmer it becomes and the further west you travel the drier it becomes (until you reach the West Coast).  The climatic experience ranges from Mediterranean (on the California coast), semi-arid (west of the 100th Meridian), humid continental (north and east of the 100th Meridian) and humid subtropical (in the Gulf and South Atlantic regions).  Spring starts at the end of March/beginning of April, summer stretches from June to August, autumn from September to November and winter from December to February/March.

In California, mid-summer temperatures can reach the mid 30℃s with average lows of 14℃ while mid-winter brings average highs of around 12℃ and average lows of 3℃.  In Santa Cruz, however, where the accommodation is, summer highs sit more around 24℃ and winter highs are around 17℃ (with average lows of 12℃ and 5℃ respectively).  Precipitation occurs almost solely in winter, autumn and spring.  However, the project involves camping and exploring multiple national parks in the region and so the weather may also be variable depending on where the camp is made for the night.