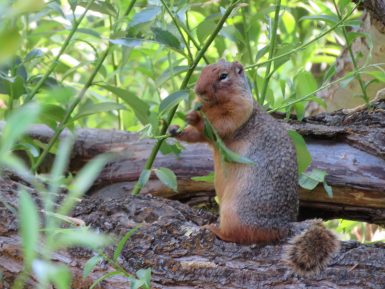 Again, the sheer size of the United States has a great influence on the display of biodiversity across its varying landscapes.  It is home to multiple different ecoregions and has far too much variety in flora and fauna to cover sufficiently here.  With that said there are some recognisable and interesting species that make up an important part of the wildlife.

There are over 800 species of bird, some seasonal and some permanent populations, including the national icon – the bald eagle, American dippers and robins, brown pelicans and sandhill cranes and a range of falcons and owls.  There are more than 400 mammal species, ranging from large carnivores like grizzly bears, mountain lions and wolves to beavers and squirrels, armadillos and bats and marine mammals like blue whales, spinner dolphins, orcas and porpoises.

Reptile, amphibians, fish and invertebrate species are also found in abundance across the various terrains from rattlesnakes, snapping turtles and alligators to spotted salamanders and tree frogs to bull sharks, flying fish and rainbow trout right through to many both common and unique insects like giant Darner dragonflies, fireflies, tarantulas and sea-cucumbers! 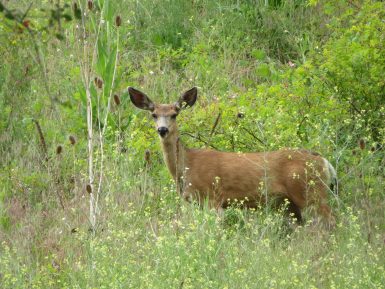 Because of the array of species, there are also multiple flora and fauna on the continent which are endangered or increasingly threatened.  Some of the most common dangers are climate change, habitat loss, pollution and invasive species.  Nearly a quarter of the mammals are listed on the U.S. endangered species list.  Reptiles like the Kemp’s ridley sea turtle and the Puerto Rican boa are currently categorized as endangered along with dozens of birds.

Amphibians are the most threatened class of animals in nature due to their extreme susceptibility to environmental threats because of their porous eggs and semi-permeable skin.  Threats like climate change and pollution, thus, more seriously affect them.  Common threats to fish include overfishing, habitat degradation, poor water conditions and climate change – which is particularly relevant for coldwater fish, due to their extreme sensitivity to changes in water temperature.  Of the invertebrates in the U.S., approximately 200 are on the endangered species list.

Our volunteer project in the USA concerns itself with the protection and restoration of and education around various habitats and ecology.  This includes really stepping into the natural wonders that the State of California has to offer and helping work towards a sustainable future for both the habitats and the animals that call it home.