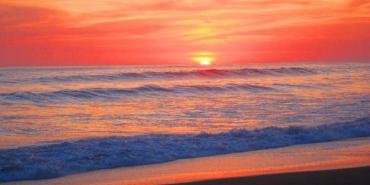 Useful Information about the Guanacaste Province

The Guanacaste Province is located in the north west part of Costa Rica and its Pacific coastline is made up of countless stretches of beautiful sun-swatched beaches, divided by rocky bluffs and mangrove-lined river estuaries. Some of Costa Rica’s main surf spots are found here too.

Given the large amount of Olive Ridley Sea Turtle eggs laid in the arribadas, their harvest for human consumption has become an important source of income to the Ostional community. Members of particular groups are legally allowed to collect and sell a percentage of these eggs laid within the first 36 hours of each arribada. Early harvest of eggs has no impact on population, as many initial nests are dug up and destroyed by later nesting turtles. 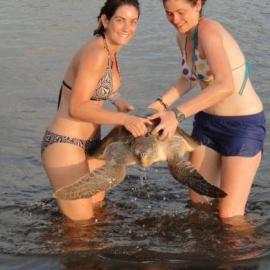 Hatching success in Ostional is usually below 15%, which is very low when compared with almost 90% for Olive Ridley eggs at solitary nesting beaches. Although the cause of low hatchling success is not fully clear yet, it may result from the large number of eggs destroyed in an arribada, high temperatures and bacteria and fungus contamination.

Other Flora and Fauna

Besides the three species of turtles, animals that are typically seen in the surrounding area include; howler monkeys, white-nosed coatis, kinkajous, basilisks, bats and a variety of lizards. The mangrove swamp at the mouth of the Nosara River contains crocodiles and is an important nesting site for over 190 bird species. Along the beach are thousands of almost-transparent ghost crabs, bright red sally lightfoot crabs, and many tide pools abound in marine life such as sea anemones, sea urchins, starfish, and shellfish. The vegetation is typical of sandy beach environments and includes coconut trees, royal palms and mangroves. Behind the beach, there are deciduous trees such as frangipani, and stands of cacti.