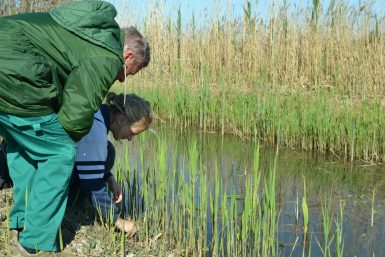 Making up the majority of the Iberian peninsula in south-west Europe, Spain is neighboured by France and Andorra in the north-east and Portugal in the west.  The country also boasts two impressive coastlines, with the Bay of Biscay, a part of the Atlantic Ocean, in the north and the Mediterranean in the south and east.  The small British Overseas Territory, Gibraltar is also at Spain’s southernmost tip.  It is the second largest country in Western Europe, after France.

The country is largely characterised by hilly highlands divided by a number of mountain ranges, as well as a mix of plateaus and rivers.  Other parts are lowlands with fertile terrain as well as sandy beaches along the coasts with parts of rugged cliffs.  The major lowland regions are the Andalusian Plain in the southwest, the Ebro Basin in the northeast, and the coastal plains.  The variety and number of mountain ranges, can be quite something to wrap your head around, however there are some key areas necessary to note.  The Meseta Central, a vast plateau in the very centre of Spain is rimmed by mountains and gently slopes to the West where rivers become parts of natural borders with Portugal.  With Madrid, the capital city at its centre, the northern and southern parts of the plateau are divided by a range of mountains, the Sistema Central, which also make the north a slightly higher altitude.  The mountain regions that rim the Meseta Central are the Sierra Morena, the Cordillera Cantábrica, and the Sistema Ibérico.  The name Sierra Morena has a strong legendary reputation in Spanish culture and tradition, with myths about bandits, a giant snake and a child brought up by wolves.  The Cordillera Cantábrica make a sharp divide between “Green Spain” to the north, and the dry central plateau and is composed of a haphazard series of mountain ranges, massifs, plateaus and depressions. 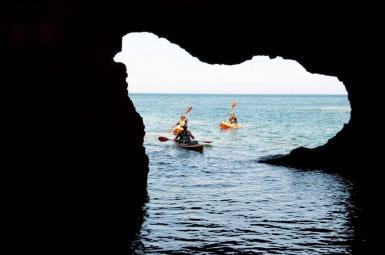 Other mountains in the country include the looming Pyrenees in the northeast near the borders with France and Andorra, the Sierra de Cuenca in the east, and the Montes de Toledo and the Serrania de Cuenca in the south. Even further south are the Cordillera Betica and the Sierra Nevada, the latter of which is home to the highest point in mainland Spain, Mulhacén, at about 3 500 m.  Interestingly, the last glaciers disappeared in Sierra Nevada in 1913.  The other highest point is located in the Canary Islands at 3 718m.

The climate, like the geography of the country, is complex and diverse and the weather varies widely depending on the area.  In fact, Spain is the most climatically diverse country in Europe.  For the most part, the climate is temperate with hot summers and cold winters inland and cloudy, mild summers and cool winters along the coast.  However, there are also largely five climatic zones which can be distinguished; a hot-summer Mediterranean climate, a warm-summer Mediterranean climate, an oceanic climate, a semi-arid climate and a warm-summer continental climate.  Madrid, located inland in the centre of the country, has an average winter low temperature of 3˚C and a summer average high of 31˚C.  To the north and south of the cities at higher altitudes, the temperatures are usually slightly warmer, though it is definitely an unpredictable climate. 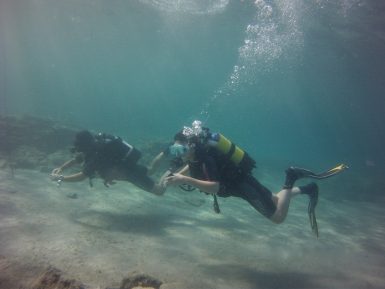 Two of our volunteer projects in Spain are located in Denia and Valencia, on the eastern coast.  Both places fall in a Mediterranean climate, making the winters (October-May) quite pleasant with low precipitation and mild maximum temperatures, ranging between 16℃ and 22℃.  The summers (May to September) are warm, with maximum temperatures between 24-32℃.  Minimum temperatures in both places range between 13℃ and 18℃ in summer months and between 7℃ and 14℃ in the winter.  Chances of rain are also higher in winter, although the number of rainy days is still lower than other parts.  The sea temperatures in colder months can get chilly, averaging between 13℃ and 15℃, but in summer they can warm up to a much more pleasant 23℃ or 25℃.

We also offer a programme in Spain volunteering with Dolphins in Galicia, which is on the opposite north-west coast of the country.   Its climate is mild oceanic, with relatively mild and rainy winters, and cool and quite sunny summers.  There can be occasional heatwaves in summer and the wind blows frequently throughout the year.  Snowfall occurs largely in the interior mountainous areas and rarely along the coast, although fog is quite common.  In winter, minimum temperatures in the area are between 5℃ and 11℃ while maximums are 12℃-15℃.  In summertimes, these raise to between 10℃-14℃ and 17℃-25℃ respectively.  Sea temperatures reach around 19℃ in peak summer and drop to between 13℃ and 15℃ in winter.