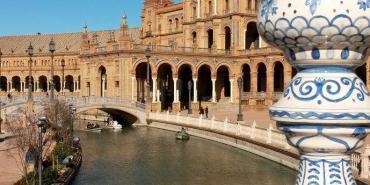 Spain has a long and complex history that can be traced back to the Middle Ages.  At the beginning of the 16th century, the regions were united under Habsburg rule and in the period following this, right up until around the 1650s, Spain was one of the most powerful and wealthiest European kingdoms.  Did you know that the country was also involved in all the major European wars at the time?  But the empire’s power began to decline in the late 17th century due to a number of circumstances, including a succession war after the death of the last Habsburg leader and the loss of control of the seas to the British.  By the beginning of the 20th century, much of the empire had splintered due to independence movements in colonies and deep tensions internally between liberal, conservative and moderate forces.  A fragile comprise brought about a constitutional monarchy which ruled between 1874-1931 but, after descending into civil war, a dictatorship took control until 1975.  After the dictator, Francisco Franco’s death, the country reverted to a constitutional monarchy and eventually, a democracy.  An economic boom lasted until the economic crisis of 2007-8, after which debt and unemployment have continued to afflict the country.

The majority of the population is Roman Catholic, although the country has, throughout history, also seen the coexistence of other religious groups including Muslims, Jews and Christians.  Religious history is often very prominent in towns, with magnificent churches and cathedrals, treated with respect, making their mark in the townscape.  The ethnic groups in Spain are Castilian (75%), Catalan (16%), Galician (6.5%) and Basque (2%), all of which have a specific version of the Spanish language.  Most people speak English, particularly the youth, though in smaller towns, and especially with elderly people, communication in English can be slightly more difficult.  Spanish people tend to be extrovert and friendly, as is typical in Mediterranean culture, and they place modesty and personality foremost to professional or business success.  Most people are friendly and open and physical contact in conversation, as a form of communication, is not uncommon. 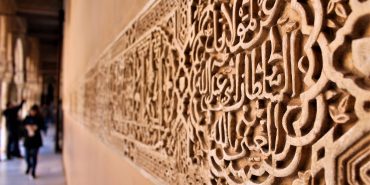 Different regions also hold their own specific food culture with varying traditional cuisines.  For a large part though, and no surprise due to the stretching coastlines, seafood plays a considerable role in much of the cooking.  Some delicious dishes that are worth checking out include: the famous Paella, a rice dish originating in Valencia and including a mix of vegetables, meat and fish as well as bright saffron and other spices; Tortilla Espanola, omelette made with potato and onion; Pincho, a bar snack with meat/fish on a piece of bread usually skewered by a small stick and Tapas (similar to Pincho in parts) an assortment of appetisers which may be hot or cold. 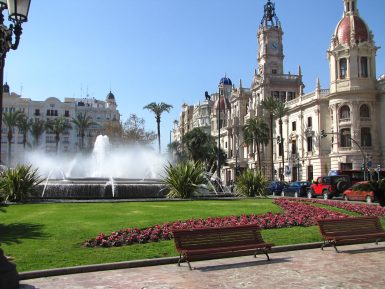 A previously powerful empire in the heart of European society, Spain has long developed a strong history of art and culture.  Unfortunately this was severely affected by Franco’s dictatorship, which forced many artists into exile.  However enormous pride and interest remain in the heritage of the country’s long cultural history.   The art world in the early 20th century was influenced by a remarkable group of Spanish artists: Pablo Picasso, Juan Gris, Joan Miró and Salvador Dalí, ambassadors of the artistic culture in Spain.  The country’s architecture ranges from prehistoric monuments in the Balearic Islands, to the Roman ruins of Merida and Tarragona, the decorative Lonja in Seville, Mudéjar buildings, Gothic cathedrals, castles, fantastic modernist monuments and Gaudí’s intricate fabulist sculptures in Barcelona.  Being closest to Valencia for some of the projects there are a number of activities that are worth putting on your list such as visiting the ultra-modern buildings that display the ‘City of Arts and Sciences’ or the ‘La Lonja de la Seda’, which is a majestic late-15th-century building, a UNESCO site and a masterpiece of Valencian Gothic architecture.  In Galicia, there is also some beautiful architectural sites to visit, specifically churches such as Basílica de Santa María la Mayor or Ruínas de San Domingos in Pontevedra.  The cobbled streets lead visitors around a number of beautiful historic buildings as well as open-air museums.

Throughout Spain’s history, one of the most traditional forms of music is the iconic Spanish Guitar, invented in the 1790s, played at family and cultural celebrations across the country. Of all the traditions of music and dance in Spain, the most famous and popular is the Flamenco guitar that accompanies another traditional and popular art form, the Flamenco dance.  A passion-filled experience that should not be missed.  Talking of music, did you know, Spanish culture has also contributed to the global ‘techno’ scene through Bakalao, which emerged from Valencia.  And, the ‘Royal March’, the national anthem, is one of the few anthems in the world to have no official lyrics. Valencia is also famous for the Falles festival, held in commemoration of Saint Joseph and featuring elaborate firecracker filled paper mache monuments.